Joy Ponder is reflected in a picture of herself as a fire fighter. Photos: AP

The highest ranking female firefighter in Asheville, North Carolina in the United States says she was repeatedly discriminated against because of her sex and fought to keep her job while battling breast cancer. The first female chief of a municipal fire department in the state says she briefly pondered suicide after years of sexual harassment.

Joy Ponder and Susanna Schmitt Williams are among numerous female fighters in the United States who have filed lawsuits against their employers alleging they were subjected to demeaning behavior that helped end their careers.

Advocates say going to court is sometimes the only effective recourse in a field where women make up such a tiny part of the workforce. According to the National Fire Protection Association, 93,700, or 8%, of US firefighters were female in 2018, the latest year for which data was available.

Williams, who was fired in July 2019, told The Associated Press that she was "the subject of sexualised rumors (and) hostility in the form of insubordination by those who reported to me.”

Williams said Carrboro Town Manager David Andrews overturned both her disciplinary and operational decisions, and for the latter, relied instead on the recommendations of men in the department who were lower ranked and had less experience and education. Andrews didn’t respond to an email seeking comment.

Ponder, who resigned from her post as Asheville Fire Department division chief in September, said she faced years of harassment and gender discrimination from Chief Scott Burnette after she led outside research on the prevalence of post-traumatic stress disorder among city firefighters. 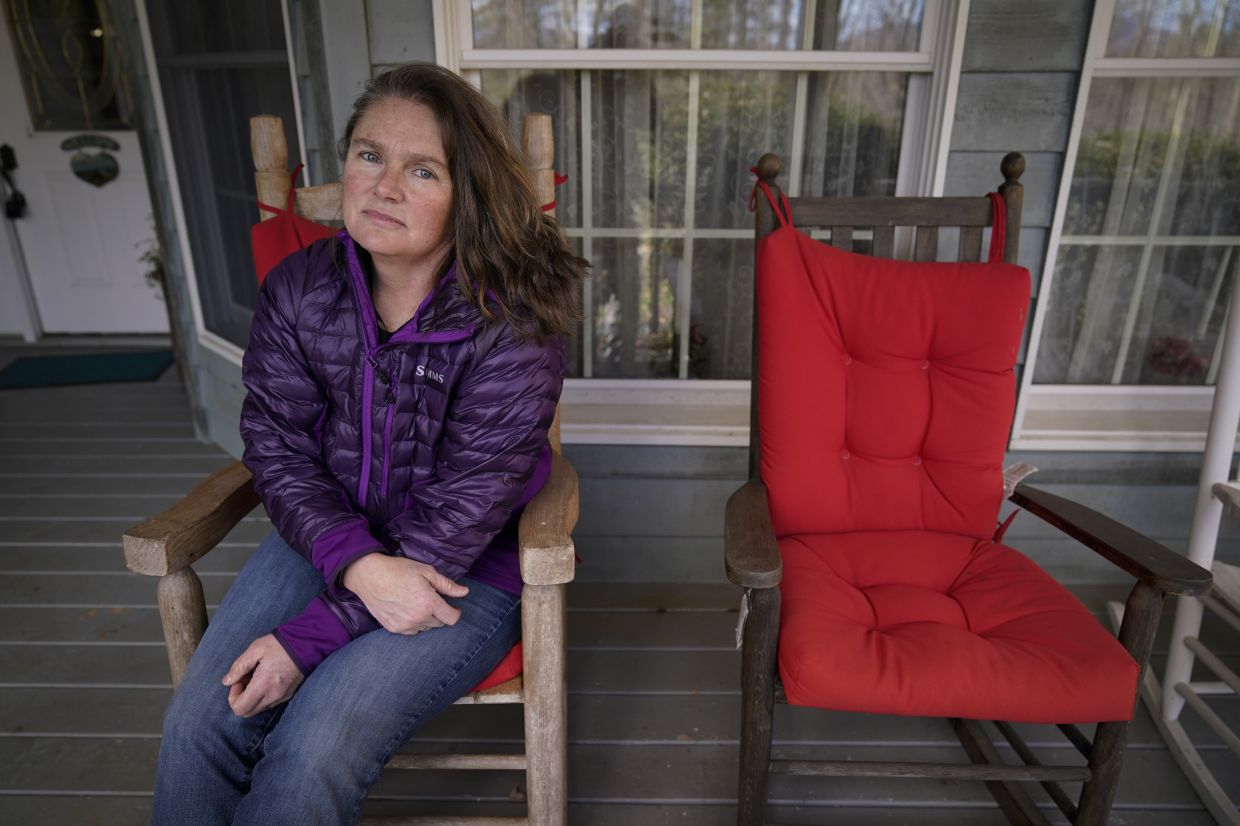 Ponder, who resigned from her post as Asheville Fire Department division chief in September, said she faced years of harassment and gender discrimination.

Similar lawsuits have been filed - and won - by female firefighters in Illinois, Texas and Virginia.

Court documents show a female firefighter in Country Club Hills, Illinois, won a US $11 million verdict in 2018 after filing a lawsuit alleging that her colleagues openly watched pornography at the station house and broke down a shower door while she was bathing.

The US Department of Justice announced a US$275,000 settlement with the City of Houston in October, after two female firefighters alleged their male co-workers urinated on the walls, floors and sinks, soiled their bathroom, and wrote race-based slurs on the walls of their work and living space at the fire station.

The City of Norfolk, Virginia, last year agreed to an US$87,000 settlement with a female firefighter who alleged a hostile work environment.

Williams' lawsuit contends that a Charlotte, North Carolina-based law firm hired by the town of Carrboro to conduct a questionnaire of employees found up to 12 instances of harassment and discrimination against her that led to a hostile work environment. The law firm also found fault with Andrews, the town manager, for allowing fire department employees to go around Williams and take their complaints about the department to him, according to the suit.

Williams said she filed two complaints of sexual discrimination against members of the fire department during her tenure as chief but neither was taken seriously. She says she became so distressed by the situation that one day after work she walked into her garage and considered taking her own life.

"I thought ‘Oh, my God, I could crank up the car and just silently go and just be done with it all’ because I was that stressed and that depressed over everything that had happened, ” Williams said. Williams, the former chief of the Carrboro Fire Department, considered suicide after enduring harassment in her department despite becoming chief.

Instead, she thought of her sons and decided to see her fight through to the end. She received clearance from the US Equal Employment Opportunity Commission to proceed with a lawsuit against Carrboro.

Williams said she is the third female department head in Carrboro to file such a suit against Andrews, who recently announced that he would retire in July.

Ponder, who became division chief in 2014, took a leave of absence in early 2019 to battle breast cancer. She said that when she returned at the end of the year, Burnette and the deputy chief "designed and executed an effective demotion and campaign to display me as a poor performer and divisive employee.”

She was placed under her bosses' close supervision - "effectively surveillance, ” she said - told to stay away from the firefighters under her command and moved to an isolated corner office from which she said she "was afraid to even walk to the restroom or copier.”

"The continued harassment and abrupt disruption of my schedule and life that I had maintained successfully for many years led to a deterioration in my physical and mental health and I was forced to leave, ” Ponder said.

Tina Guiler, a lieutenant for Miami-Dade Fire-Rescue and CEO of the national support group Fierce Female Firefighters, or Triple F, said she had two bad experiences as she advanced through the ranks, starting when a superior tried to get her to quit when she was still a rookie.

"A lot of these women just don’t do the profession anymore" because of the harassment, Guiler said. "And their department isn’t professional enough to handle it and take care of it, so they end up leaving and having to file these lawsuits.... The job’s hard enough without having to be harassed on top of it.” - AP

Women hit back at safety advice that require women, and not men, to modify their behaviour

When racism is not simply black and white