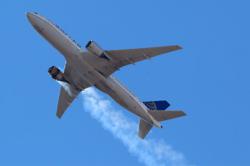 Morgan shows a letter sent from one of his Peanuts pen pals. Photo: AP photo/Jessie Wardarski

Even before she sees the name on the return address, Nancy Sloane knows who sent the letter - the Snoopy sticker that seals the envelope is a dead giveaway.

It’s from Wesley Morgan, a 32-year-old fan of the comic strip Peanuts who’s been sending Snoopy-themed cards and letters across the country to ease the solitude of older adults in isolation due to the coronavirus.

“He’s kept me from being lonely, ” said Sloane, 67, a retired teacher now quarantined at the Brookdale Senior Living Community in Denver. “I look forward to his letters.”

After Morgan was furloughed from his job at the Denver International Airport in March, he soon ran out of shows to stream and items to craft.

“The house was always clean, and I did Tiger King, like the rest of the world,” he explained. “And then what?”

Morgan learned of a friend’s efforts to write to people at a Denver nursing home and felt called to do the same, putting to use his beloved Peanuts cards and stationery sets, collected and hoarded over many years.

“I couldn’t think of a better way to use this collection,” he said. “It was something I could do from home. I didn’t have to leave.”

At first, Morgan simply went to Google, scouring the internet for places or people to whom he could write. He eventually stumbled upon several Facebook groups like “Forget Me Not” and “From the Heart” that take and share requests for letter correspondence. There he found lists of eager recipients, ranging from dozens of residents of a nursing home in New Hampshire to a single elderly woman recommended by her mail carrier.

Since then, he has sent over 500 letters, and has heard back from 142 people. Many of them have become regular correspondents — his Peanuts pen pals, as he calls them.

“Almost every time I receive anything back it is pages," he said, smiling. “They just have so much to share and talk about.”

Sloane is one of his most regular correspondents. She lives alone, recovering from multiple ailments, and her only in-person interactions come twice a day with facility caregivers. She and Morgan began writing each other so frequently that they recently switched to email to speed the correspondence.

“We write about our pets, I tell him about my travels and my journeys and the work I used to do,” she said. “I don’t know. Maybe because I’m so holed up in here, I love to tell about my past.”

As her toothless rescue cat passed behind her head on the back of the couch, Sloane explained how important Morgan’s letters have been. - AP