At 72, she made her first documentary to advocate against ageism

Though she had never made a documentary before, Lily wasn't deterred and instead, took the MCO months where she was home-bound, to do lots of research. Photos: Lily Fu

If there is one thing that gerontologist Lily Fu wants to achieve in her life at the moment, it is to debunk ageist stereotypes and create an awareness of the immense potential and possibilities of older persons.

Yes, she’s also not too keen on terms like “the elderly” and instead replaces it with “older persons” or “older adults”.

Olders, she believes, can get on with life like the best of them - they can learn, they can dance and they can most definitely enjoy a fruitful, fulfilled life.

And, she’s a fine example to go by.

At 72, Fu has just completed making her debut documentary, with a grant from the Freedom Film Festival. Titled Meniti Senja, the full-length documentary addresses the alarming rise in cases of elderly persons being abandoned at aged care homes in Malaysia.

“The protagonist of the documentary is Muji Sulaiman, a retired nurse who started an aged-care home back in the 1990s, ” says Fu, 72.

“Muji’s story is absolutely amazing. As a nurse, she saw first hand how so many older people were abandoned by their family at the hospitals.

"She decided to take them into her home - after all she was a single mother with room in her house to spare, ” she shares.

Word got around about Muji’s efforts and she found herself with more and more older people at her doorstep.

She was then offered a space - an old mosque - to house her abandoned wards.That was how Muji set set up Al-Ikhlas, her aged-care home in Puchong, Selangor, about ten years ago. Fu hopes her documentary can help highlight the issues faced by older people, many of whom are abandoned and alone.

Fu was compelled to venture into documentary making because she believes it’s the medium to raise awareness about the issues of the older population, and to advocate for better services and provisions for them.

“So many of them are abandoned and alone, and the issue just don’t get covered enough. The media has highlighted the issue but they are often one-off reports when some news breaks and then things go quiet again.

“With a documentary, it can be online and shared over and over again and, hopefully, spark discussion and action.

"And because it’s a full-length film, we can explore the issues in greater depth, ” shares Fu who is the founder of Seniors Aloud, an online platform for seniors with over 1,000 members.

When she read about the Freedom Film Festival grant in March this year, Fu decided to submit her idea for the documentary.

“I submitted my pitch, and I made it to the final selection. Then, I had to do an online pitch in front of the judges and we got the result immediately.

"I couldn’t contain my excitement when I found out I was selected. When you think of filmmakers, they are either experienced people or young people. And there I was, a 72-year-old who hasn’t done this before, ” relates Fu.

“But the Freedom Film Festival has been absolutely supportive. Whenever I faced a challenge, they were always quick to help me through it.

“Even though they provided us with workshops to hone our skills in filming, there was no way I could manage shooting the documentary on my own - a three minute video, no problem, but not this.

"So, they helped source for a cinematographer, so that I could focus on the narrative, source for a protagonist and handle other aspects of the documentary, ” she adds. 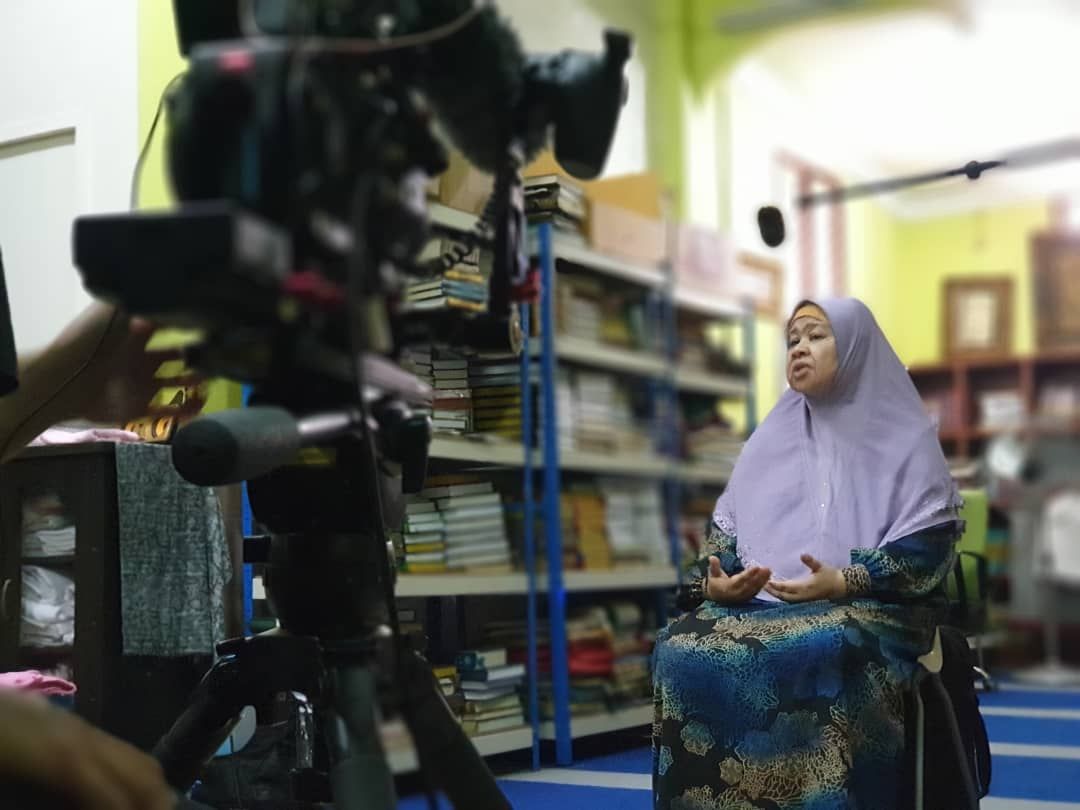 Muji Sulaiman, the protagonist of the video, was a nurse who saw how many elderly were abandoned at the hospital she worked in. She took a few back to her home and years later, started her aged-care home.

Because of the pandemic and the movement control order that was enforced in March, the direction of Fu’s documentary shifted from her original pitch.

“When we first started the title was Unwanted and my focus was the homeless older people who were abandoned and neglected in KL. I spent months on the streets, so much so that the community actually opened up to me and some even thought I was there for food.

"But with the MCO, there was no way we could access them the way we needed to for the documentary.

“So, I focused on older people in an aged care facility and I focused on just one home so that it could be more comprehensive and insightful.

"I found Al Ikhlas online. But because we couldn’t go there during the MCO, I used the time to do research. It was only during the recovery MCO that we could visit the home, meet Muji and the older people living in her home.

"Most of them could not speak, so she related their stories on their behalf, ” says Fu, who enlisted her daughter, Belle Lee’s help because of her experience in TV and film.

“She has a degree in TV and film production and has produced TV programmes before, which was a boon. She was also someone I could bounce off ideas with, ” says Fu.

With the documentary, Fu’s aim is to share the stories of the older people in the home without judging or placing blame on anyone.

“We want to give a very balanced view and highlight the issues faced by them without taking any stand. I think one of the things we wanted to get through is that sometimes, children have no choice but to place their parents in homes.

Working children, those who cannot afford to care for their parents themselves or those who may be living abroad... we understand the reasons.

“And Muji shares the same sentiment: it is ok if you cannot look after them, she will. But please visit them. There was a resident who shared that he has 10 children and he was just waiting for them to come and visit. It is very depressing, actually, ” says Fu.

A message to everyone

Meniti Senja is in the last stage of post-production and is scheduled to be screened, online, during the Freedom Film Festival, from Dec 10 till 13.“The festival, which was originally scheduled for September, will go nationwide after the MCO ends. Fu wants older people to be given opportunities, either for work or upskilling programmes, so that they can continue to be independent and contribute to society.

“It has been very challenging. Apart from the technical aspects, I also learnt that from the start till the end, things can change.

"From the story to the language - it was supposed to be in English but is now in Bahasa Malaysia - there will be developments because of external circumstances or input from others and so on. But I am happy with it and it has given me the confidence to, hopefully, do another one, ” she says.

Fu hopes the documentary can move people to action: the government for better policies and services for older people; the younger generation so that they can plan and set aside money not just for their retirement but to care for their aged parents, and also society so that they don’t simply disregard seniors, and include them in jobs or learning opportunities.

“I am glad that the government has paid some attention to older people in the Budget 2021 but more needs to be done.

"We mustn’t wait until 2035 when we become an ageing population because if we do, we will be in trouble. We need better infrastructure and more nursing homes to cater for the growing older population, ” says Fu frankly.

She also hopes the younger generation – who will decide whether to care for their seniors or abandon them – get to see what the situation is like for neglected seniors.

And her message to her peers is to change their own perceptions of ageing.

“Currently, society has a very negative perception of older people and it’s time we changed that. And the change has to start with us. Those of us who are 60 and above must not think of ourselves as “old already” or “too old to dance” or “too old to study”.

Catch Meniti Senja by Lily Fu online from Dec 10 to 13. There are three screening sessions, each followed by discussion.The first 150 tickets for each session are free.