As the pandemic rages on in the US, Bonet has to choose between her job and caring for her autistic son. Photo: AFP/Gianrigo Marletta

As the pandemic rages in the United States, Aracelis Bonet has to make a choice between her job and caring for her autistic son.

The Orlando, Florida woman has decided to put her job as a real estate agent on hold to make sure her 14-year-old son has the constant care he needs. She now works at most 15 hours a week, resulting in a huge drop in income. "If I was a single mother, with my son, I probably would be homeless right now," says 50-year-old Bonet.

"It's so stressful to be a parent at home, being teacher, therapist, and more ... as well as being wife, mom, and having to have to cook dinner and clean the house. I've even forgotten to take care of myself."

Bonet's situation highlights the dilemma millions of women in the United States face when they have to manage households with schools being closed due to the months-long coronavirus pandemic.

Many women are acutely following the political debate over reopening schools and health insurance.

The crisis has set back decades of progress made by women in the labour force.

A September report by consulting firm McKinsey points to a stark choice many face: "Over one in four women are contemplating what many have considered unthinkable just six months ago: downshifting their careers or leaving the workforce completely." A 'step back' for women

According to a report by the US Bureau of Labour Statistics, nearly one in four adults aged 24 to 44 say they are not working in order to care for children during the pandemic. For women, the figure is 30.9%, compared to 11.6% for men.

The data shows the labour force participation rate for women aged 20 and above has fallen to 56.8% in September, compared to 69.9% for men.

The data shows that women have taken "another step back" in the workforce and that the trend may be difficult to reverse, says Diane Swonk, chief economist at Grant Thornton.

"Women who have been in the pipeline to move up are now literally taking time off," Swonk says.

"They do bear more of the burden and responsibility for childcare, so they can't just work from home and teach their children at the same time."

Swonk argues that Covid-19 "has magnified and exacerbated inequality across race, income and gender."

The pandemic's impact on women is felt in many sectors, including science and medicine, where fewer research papers have recently come in from women in journals like Nature or the British Medical Journal.

For women who have lost their jobs during the pandemic, the lack of childcare services has made it doubly difficult to find new employment, according to Gregory Daco chief economist at Oxford Economics.

"The pandemic has disproportionately impacted women in the service sector. They are the hardest hit by the pandemic," Daco says.

"And the data shows the return to employment is much slower for women than for men." 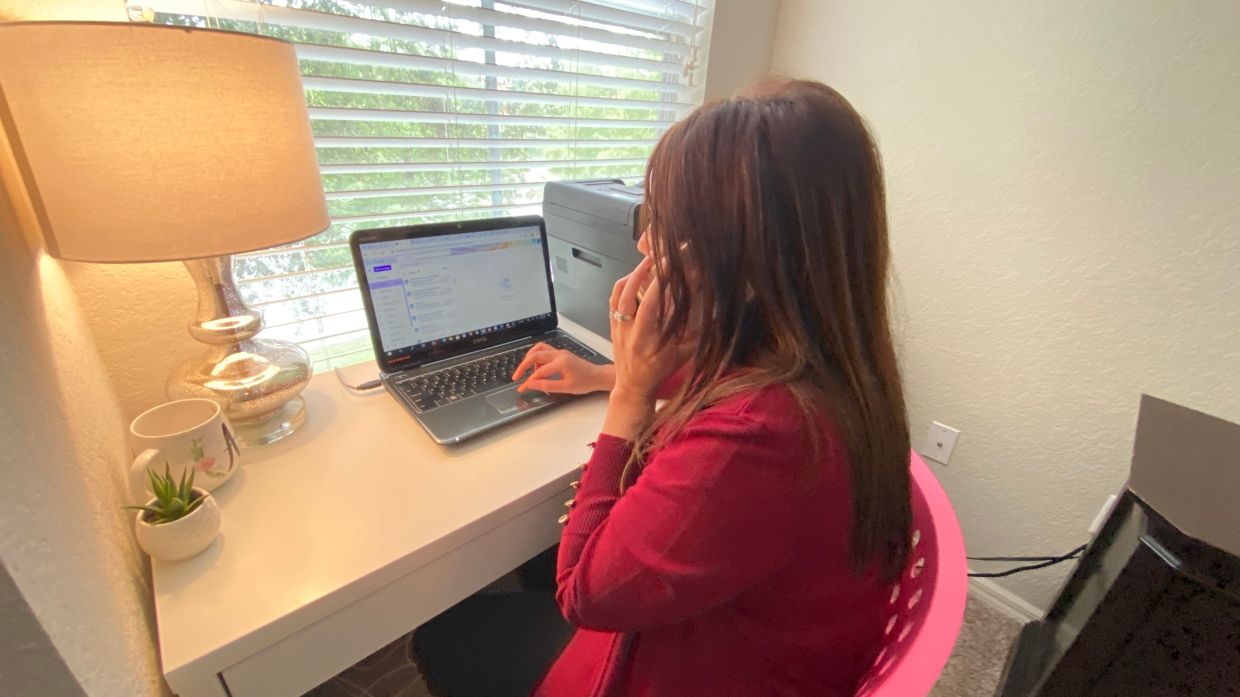 Bonet working on her laptop near her autistic son so that she can keep an eye on him. Photo: AFP/Gianrigo Marletta

Mary Proffitt of Lexington, Kentucky, is one of those waiting.

Caring for her 12-year-old son and leukemia-stricken, 88-year-old father, Proffitt has been laid off from from her restaurant job.

But the idea of returning to work is remote for the woman who is in her sixties, because she will have to risk exposure to the coronavirus and transmission to her immunity-deficient father, and for a job that may not offer health insurance benefits.

"Childcare is ridiculously expensive in the first place and most of the jobs aren't hiring full time workers," she laments.

"So there are no benefits and there's nothing but risk, to go back to work right now. I don't think that is worth risking your life."

Proffitt says the crisis has made her more politically active as the Nov 3 vote looms pitting President Donald Trump and Democrat Joe Biden.

"I have been fooled before into thinking that people will open their eyes and see that this is just a disaster," she says.

"I've been politically active my whole life, but more so since March because none of this is right. Having the courts to decide whether or not to get rid of health care for millions of people in the middle of a pandemic, that's not right." -- AFP 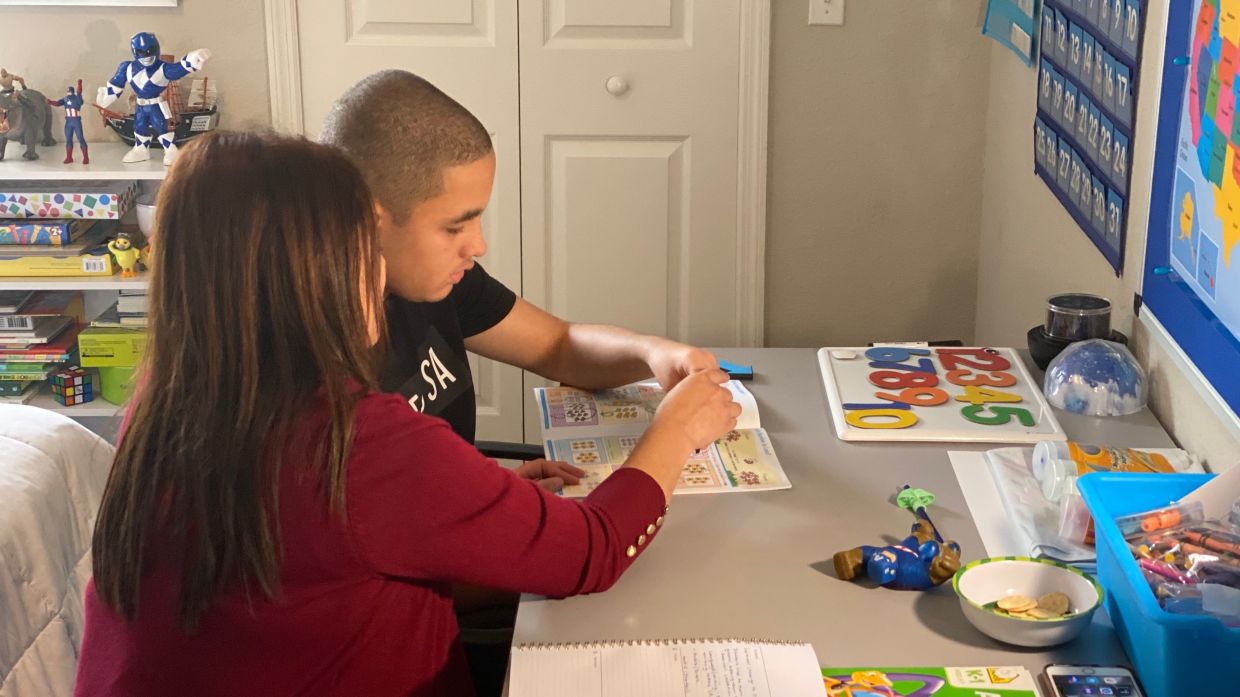 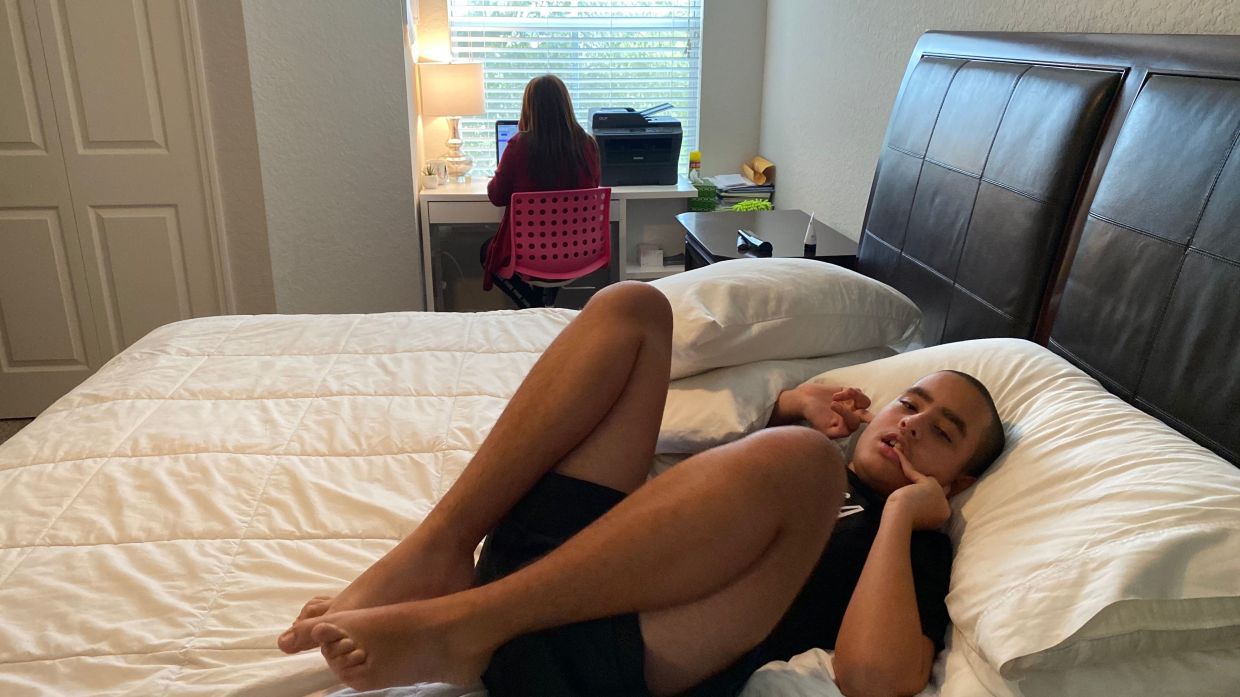 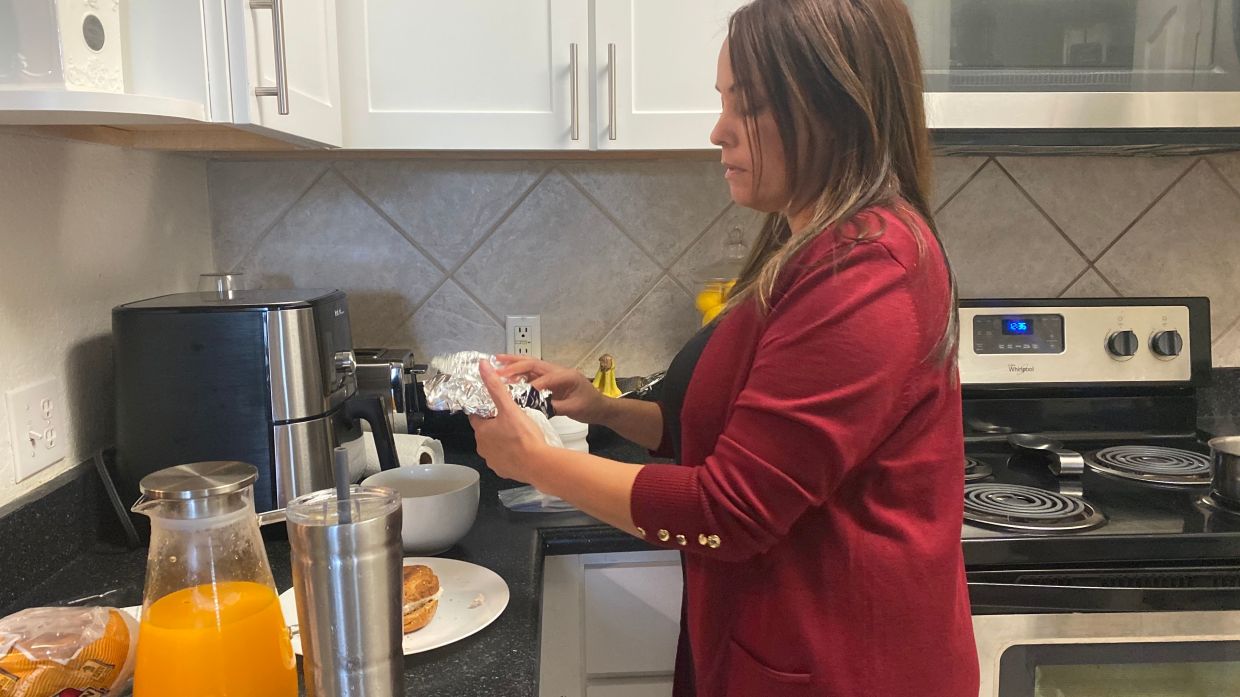 Bonet working on her laptop near her autistic son so that she can keep an eye on him. Photo: AFP/Gianrigo Marletta

As the pandemic rages on in the US, Bonet has to choose between her job and caring for her autistic son. Photo: AFP/Gianrigo Marletta

Jobless and caught in a squeeze

The future of older people matters: They must be protected from abuse or neglect
Seniors have a right to choose where they want to live
Brit women turn to gambling to make ends meet, says report
We have to live well to age well
Study:�German children increasingly suffering from lack of exercise
Iranians protest for 10th night, defying judiciary warning
Kids born after a natural disaster more likely to have anxiety, depression: study
Starchild: Malaysian children have their own creative take on fusion food
Tired of being bullied, deaf student turns to boxing
Greta Thunberg becomes Swedish children's charity ambassador