The unsung heroes of the pandemic

Angela Phillips will be on the job on Labour Day (the first week of September in the United States). She does it willingly, a responsibility she sees as vitally important, and it is worth a moment on a holiday meant to honour working people to consider the scope of her work.

In Upstate New York, Phillips and about 25,000 others are employed as home care workers during the pandemic, which means they often serve as companions and confidants to women and men needing extensive help.

They begin those duties, typically, at US$11.80 (RM49) an hour. "They're taking care of people with multiple diagnoses," said Kim Gibson, acting executive director of Health Care Workers Rising, an association that offers support, advocacy and training for home care workers. "They're acting as social workers and advocates and friends and companions and sometimes almost playing the roles of grown children. They're doing beautiful work at minimum wage, almost always without benefits and no paid time off."

The association, with about 2,200 members in Western New York and greater Rochester, began two years ago with startup money from 1199 SEIU, the service employees international union.

Friday, the organisation was involved in National Home Care Recognition Day, which basically leads into this point: On a Labour Day where Covid-19 has transformed the annual Buffalo parade into a noon caravan at the Cazenovia Park Casino, Gibson said she hopes Western New Yorkers with a traditional respect and passion for labour will pause to reflect on how thousands of association members from many agencies are doing work as essential and important as it gets, under historically difficult circumstances.

"These workers go without many of the benefits that working Americans deserve," Gibson said, because of the patchwork nature of their shifts. "They are some of the most marginalised and invisible of American workers," Gibson said,"and bringing power to them is really what Labour Day is all about."

Phillips, for instance, had a deeply personal reason for entering the field. After leaving high school early, she earned her equivalency degree and went on to graduate from Erie Community College and SUNY Buffalo State, where she majored in sociology. Those commencements, she said, were major events for her family, and what stays with her is looking out from the stage to see her mother, Betty Jean Miller, beaming in the crowd.

Not quite two years ago, Phillips lost her mom to complications that began with bed sores during a temporary stay for rehab in a nursing home. Phillips, who worked in case management, could not stop thinking about the heartbreaking unfairness of someone who had lived a life of vibrant meaning dying in such a way. In the aftermath, determined to roll back apathy and neglect, Phillips considered how she could make a difference.

"There are all these elderly people who would rather stay in the community than go into a nursing home," she said. "Something was tugging at my heart to take care of the people who took care of us, the teachers and librarians who made such a difference."

About a year after her mother's death, Phillips became a home care worker, which meant accepting a major cut in wages. The job pays $11.80 (RM49) an hour baseline, which will go up to $12.50 (RM51) with the minimum wage change on Jan 1,2021. Phillips said she makes more when she picks up unexpected shifts.

She is raising two grandchildren who are both in school, and she tries not to work more than a day or two a week. Right now, she often sees a client in her 70s with some health problems, a retired teacher who does not have a lot of family.

"We talk and we tell stories," Phillips said. "She loves to play Uno and she loves to go outside."

Phillips also cooks, cleans and helps her client prepare for bathing, duties similar to ones described by 64-year-old Oretha Beh, who came to Buffalo in December 2003 as a refugee from Liberia. Upon arrival, she was given the chance to take some classes. No thanks, Beh said. She wanted above all else to go to work, and she quickly found a job as a home care worker.

After almost 17 straight years of handling those duties, she has been confined to home for more than three months. In May, after working with a client who had a nagging cough, she began feeling lousy and received a Covid-19 test. It was positive.

"You can't imagine," Beh said of repercussions from that illness. For a time, she struggled to breathe. She lost her sense of taste and smell, and her appetite. While she has gradually regained strength, she is frustrated by tests that keep coming back positive.

She lives, for now, on unemployment benefits. What she wants more than anything is to get to work – both for the pay and because it is simply what she does.

Yet until she tests free of the virus, she is stuck at home.

Yolanda Colon, 25, started working for an agency in February, just before the pandemic. She is taking off Labor Day to be with her family, which she said is her first holiday since beginning the job. Colon has a five-year-old and a three-year-old, and she said she takes as many hours as she can – often far more than 40 in a week – because her husband Juan was laid off from construction work, and he is available for now to watch the kids.

Her major concern is the obvious one, an example of where this culture places its priorities. For providing direct care to women and men who have lived long lives and built families and careers, direct care that involves the most valuable and precious of meaning, she earns US$11.80 (RM49) an hour. That would equate – based on a 40-hour week – to a little more than US$24,000 (RM99,000) a year.

Shawn Walker, 49, the mother of four, has done home care work for more than 20 years. The most maddening part of the job, she said, is when you have responsibilities at home after your shift, and the person scheduled to relieve you doesn't show up for any one of a multitude of reasons – which Walker said often leaves you, at least for a while, in a situation where you should go home and you should stay where you are, because people in both places need you desperately.

On Labour Day, she will be with a client who endured a catastrophic stroke. They know each other well and have a deep bond. Walker described it, really, like seeing an old friend.

"I care about every one of my clients," she said.

Her membership in Health Care Workers Rising began after she saw it promoted on Facebook. Walker always rode the bus, and she echoed Phillips in her gratitude for the group – especially ride-share services that make it tremendously easier for her to get to work. Walker said her agency is lifting that wage to $13 an hour on Oct 1.

"It's the first time I've ever gotten a raise in home care," Walker said.

As for Phillips, she will most likely be on the job as you read this. Her mom was "the driving force" in her life, and she finds elements of similar wisdom and perspective in every elderly person to whom she is assigned. On each shift, Phillips said, she tries to remember the same truth about her clients that every one of these workers expressed:

"They paved the way for us," she said, which leaves the rest of us to consider the value we should give to what she does, on Labor Day.– The Buffalo News/Tribune News Service

Music needed more than ever during COVID-19 pandemic: Chinese pianist

In pandemic, Nigerian teacher can 'teach the whole world'

Some fashion accessories are less pandemic-friendly than others 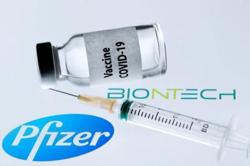 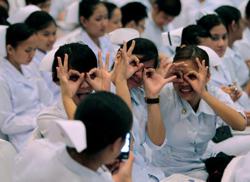 Second chance at life
At 72, she made her first documentary to advocate against ageism
'I died too': A year after outbreak, Wuhan kin struggle to move on
Nepali grandma's winter warmers a legacy worth sharing
Girls said they missed school because they could not access sanitary products
A first: All-female senior White House press team
Low-income parents lonelier in pandemic, says Kate Middleton
Never her fault: Malaysian teens share how rape culture affects them
Sweat relief from domestic work
Starchild: Malaysian children share what they love to watch on TV