In many small towns and villages, people have largely given up on social distancing and masks after months of sticking to the rules, believing the virus is not such a serious threat. Photos: AP

Harmahan Deka doesn't wear a mask anymore to avoid the novel coronavirus nor does he try to keep a safe distance from others.

For the 25 men and women he works with in his construction materials business near the small town of Baihata Chariali in India's Assam state, life is more or less as it used to be, Deka says.

"The virus can't attack me, it's weakened," the 50-year-old diabetic said. "I often hang out at a busy neighbourhood grocery store - without masks, nothing. Both the store owner and I are fine. Maybe we've had it already without symptoms."

In two dozen small towns and villages visited by reporters in recent weeks, people have largely given up on social distancing and masks after months of sticking to the rules, believing the virus is not such a serious threat.

The change in behaviour in rural India - where two-thirds of its 1.3 billion people live, often with only the most basic health facilities - has come as infections in the countryside have surged.

"Sometimes people take it too lightly, as if nothing will happen to them just because they're breathing fresh air and eating fresh vegetables," said Rajni Kant, a member of a rapid response team of the state-run Indian Council of Medical Research (ICMR) set up to fight the pandemic. 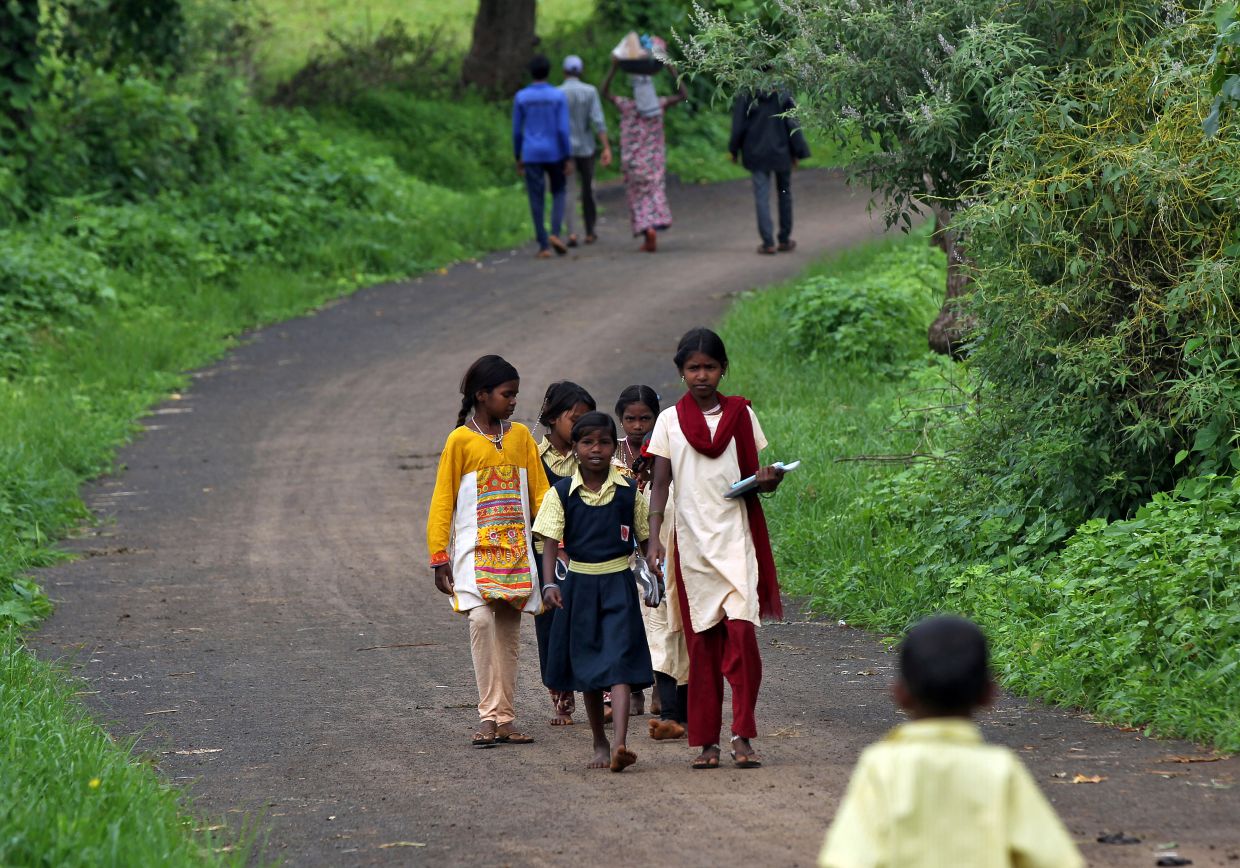 The change in behaviour in rural India - where two-thirds of its 1.3 billion people live, often with only the most basic health facilities - has come as infections in the countryside have surged.

But for many villagers, it seems the reality has not hit home as they've not seen the virus kill anyone they know.

Deka in Assam, for example, said he'd not heard of any deaths or even infections. He said that made him confident that some sort of herd immunity had been reached.

But the numbers tell a different story.

More than 2.3 million people have been infected with the novel coronavirus in India, the third highest number in the world after the United States and Brazil, and more than 46,000 have died.

Besides the impact on public health, the spread of the virus in the countryside could dash hopes for what the central bank projects will be a "robust" recovery of the rural economy, buoyed by good rains for summer crops.

In a sign of how the virus is infiltrating the countryside, the share of infections of the top three urban districts in seven states - among the worst affected in the country - fell from 60% at the end of June to 45% a month later.

"Our concern at the moment is that the disease, in moving into more rural areas that don't necessarily have the same strength in their health system, that we would see increased spread and potentially increased mortality," World Health Organisation emergencies chief Mike Ryan said about India last week.

The federal government says masks are mandatory in public, but it can't enforce the order as health affairs are managed by state authorities. Some states have imposed fines for not wearing masks but still many people don't bother. Sometimes there's a belief that isolation will protect villages, often combined with a fatalism among people long used to suffering.

The ICMR's Kant said people in urban areas were better at sticking to the rules because they were generally "more educated and aware".

Sometimes there's a belief that isolation will protect villages, often combined with a fatalism among people long used to suffering.

"We're not going out and not letting anyone in to our village, that's why we don't wear masks," said Rohit Kumar, 22, who was holding a toddler in a crowded market in Jhakara village in Uttar Pradesh state.

"But if the coronavirus has to infect it will, even if we wear masks."

At the same time there's a perception among some administrators that it's the urban areas that are most at risk because of population density.

While people don't live so closely together in rural areas, there's often a stronger sense of community that can draw people into contact.

It's common for all ages to crowd around tabletop games like carom, a type of shuffleboard. Aross the country, villagers gather in the cool of the evening, as they've done for generations.

"There's a breeze and people like getting together and chatting," said Devan, a 65-year old farmer on a recent evening in the rice and jasmine growing village of Karalapakkam in Tamil Nadu state, sitting with about 50 people around a tree by a temple, after a day in the fields.

None wore a mask.

Coronavirus cases in the district rose three-fold in July from the previous month while deaths more than doubled. But the villagers said no one had died from the virus in Karalapakkam.

Asked about a mask, Devan pulled one from his pocket but said he never wore it.

"It's suffocating," he said. - Reuters

US families in dire straits during pandemic