In recent years, there have been dozens of examples of officers who had numerous complaints against them of excessive force, harassment or other misconduct. Photo: AP

It was just getting dark when Julia Dupuis was handcuffed on a curfew violation and walked by two Los Angeles police officers to a fence on the side of an empty church, beyond the watchful eye of nearby apartment residents and a good 4.5 metres from the next protester.

"Do you think it's a female?" she heard one of the male cops say to the other, with a laugh. Dupuis, who is gender nonconforming but identifies as a woman, felt paralysed with fear.

The officers had already taken her ID, which identifies her as female, and asked her name. They didn't appear confused about her gender, she said, just keen to mock it.

One of the officers then stepped up to her, jokingly patted down a few of her pockets, and felt one of her breasts, she said.

Almost immediately, the officer seemed to realise "he had crossed a line," Dupuis said. The laughter dropped off, the officers backed up, and one of them said they "shouldn't be doing" what they were doing, she recalled. Only then was a female officer called over to search her.

Dupuis, 21, saw the officers' actions not as an accident but as part of a broader pattern of sexual harassment experienced by women and gender-nonconforming protesters at the hands of LAPD officers during recent protests and curfew arrests.

Other arrestees on the bus she was eventually put on told Dupuis that they, too, had been inappropriately searched, she said.

They are not alone. 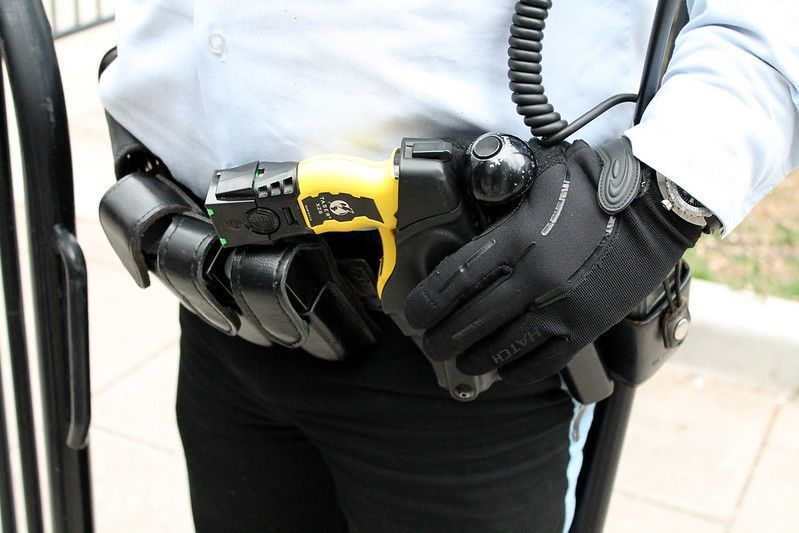 At least three complaints have been formally submitted to police about "inappropriate touching during a pat-down" amid curfew arrests. Photos: Visualhunt

Among the growing ranks of protesters who have filed complaints, joined lawsuits and otherwise pushed back against the tactics used by the LAPD and other area law enforcement agencies in the heated days of late May and early June are women who say they were targeted by male officers and groped, sexually harassed or inappropriately searched.

Josh Rubenstein, an LAPD spokesman, said at least three complaints have been formally submitted to police about "inappropriate touching during a pat-down" amid curfew arrests, and all are under investigation. The department does not comment on pending litigation, and Rubenstein declined to comment further.

No LAPD officers have been punished for actions during the protests, although 10 have been taken off the street pending investigations.

Laura Montilla, 22, recently filed a lawsuit against the LAPD and other law enforcement officials alleging a range of abuses, including sexual assaults, after she was arrested on a curfew violation.

Officers "aggressively touched and groped her body by patting their hands aggressively on her vagina and breasts in four separate instances," Montilla's lawsuit states. Other women who say they experienced such behavior have not filed complaints; some say they are in discussions with attorneys about filing lawsuits.

While sexual assaults and groping by officers are not among the central offenses alleged in a class-action lawsuit, filed in June, over the LAPD's protest tactics, they are among the allegations that attorneys representing the plaintiffs have heard about and are exploring, those attorneys said.

Devon Young, a 31-year-old mental health therapist, is among the women who has shared her experiences with the attorneys. Young, who was arrested in the same area as Dupuis, said officers refused to allow her to pull down her skirt after it had been caught around her waist while they were handcuffing her.

"My underwear and butt were exposed to the crowd, and so I asked them to let me pull my skirt down so I wouldn't be exposed, and they refused," she said.

On the bus, she heard officers verbally sexually harassing a woman they recognised from Instagram,"talking openly about her body, openly ogling her body," Young said. 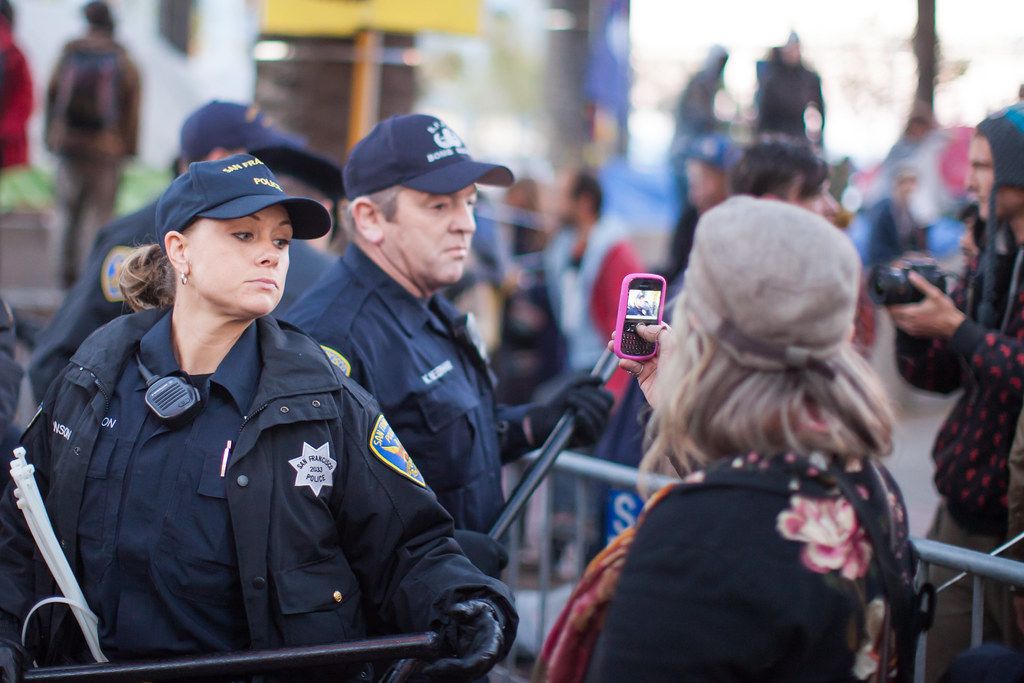 Many women have come forward to say they had been subjected to intrusive searches. Photo: Visualhunt

And other women told her they had been subjected to intrusive searches, she said. After she posted about the experience on Instagram, dozens of others told her that they had experienced similar abuses but didn't feel comfortable coming forward to discuss them, she said.

Other lawyers are also fielding complaints, and not just about the LAPD. Attorney Jorge Gonzalez said he represents a 44-year-old woman — whom he would identify only by her first name, Jessica — who was arrested June 1 in East LA by LA County Sheriff's Department deputies after her boyfriend was pulled over while they were picking up fast food after curfew.

Jessica's boyfriend, who was driving, was pulled out of the vehicle first, Gonzalez said. When she disputed whether she should also have to exit the vehicle, in part because she was wearing only a bathrobe, they forced her out, Gonzalez said.

With no probable cause, they began searching the vehicle, then began searching Jessica, her attorney said. "They asked her if she was wearing a bra, and she said, 'No, '" Gonzalez said.

"And so then a female deputy began to check her and fondle her breasts and stuff and work her way down to her vagina, being very intrusive in the way she was searching."

The sheriff's office did not respond to a request for comment. Gonzalez said the incident represented a clear violation of his client's rights. For such an intrusive search,"there generally has to be some evidence that [the person being searched has] contraband, like drugs, that could have been secreted inside of their body," he said. "And there was none of that here."

Although her boyfriend was allowed to drive away from the scene, Jessica was charged with a curfew violation and with resisting arrest, Gonzalez said — even though she says she was told she would be let off if she recorded a statement saying she had not been assaulted. She plans to fight the charges and is considering civil litigation against the officers, Gonzalez said.

"She felt violated," he said.

Dupuis, who posted about her experience on Twitter and joined other women in recounting their experiences to the culture and news website LA Taco, said it took days for her to wrap her head around what had happened to her. Then, she felt violated, too.

"That's when it really hit me that I had been assaulted and I had been targeted because of my gender identity," she said.

Dupuis said she was approached by an LAPD commander online about filing a complaint after her tweets garnered attention but said she didn't respond because she doesn't trust the agency to believe her version of events over that of the two cops, or to acknowledge that there is a more systemic problem.

Dupuis, who said she was shot with a police projectile at another protest a few days before her arrest, said the officer touching her breast felt like "another form of violence" from a department intent on stifling protests against police brutality and killings of Black people by doubling down on brutality.

"Whether it's physical violence or the more insidious sexual violence, all are just forms of control — them exercising their power to silence protesters," Dupuis said.

"Their ultimate goal was to make us so dejected and so violated and so scared that we didn't want to come back and protest the next day. "It just didn't work," she said. If anything, Dupuis said, her experience only solidified her belief that the LAPD must be challenged and called out for its abuses.

"You can't silence us," she said. "You can't break us." - Los Angeles Times/Tribune News Service