Syrian father and daughter won't let war get in their way

Syrian father Abdullah al-Mohammed with his three-year-old daughter Salwa at their home in Sarmada, a town in Syria's last rebel pocket in the Idlib province, which Russian-backed Syrian regime forces are trying to crush. Photos: AFP

I Syria's Idlib, there's no escaping the war, so Abdullah al-Mohammed says the only way he found to reassure his daughter Salwa was to turn the shelling into a game.

A video in which she laughs every time an explosion goes off was widely shared on social media in recent days as a heartening but grim reminder of Idlib residents' daily lives.

"Is it a plane or is it a mortar?", he asks, as a whizzing sound grows in the background.

"A mortar," the three-year-old answers. "When it comes, we will laugh."

In another video, Salwa is standing on her father's lap in their living room and her hearty laugh is set off by the sinister thunder of a bomb dropped by a warplane.

"Tell me Salwa, what did the plane do," the father asks his daughter.

"The plane came and I laughed a lot. The plane just makes us laugh, it tells us: Laugh at me, laugh at me," she says. 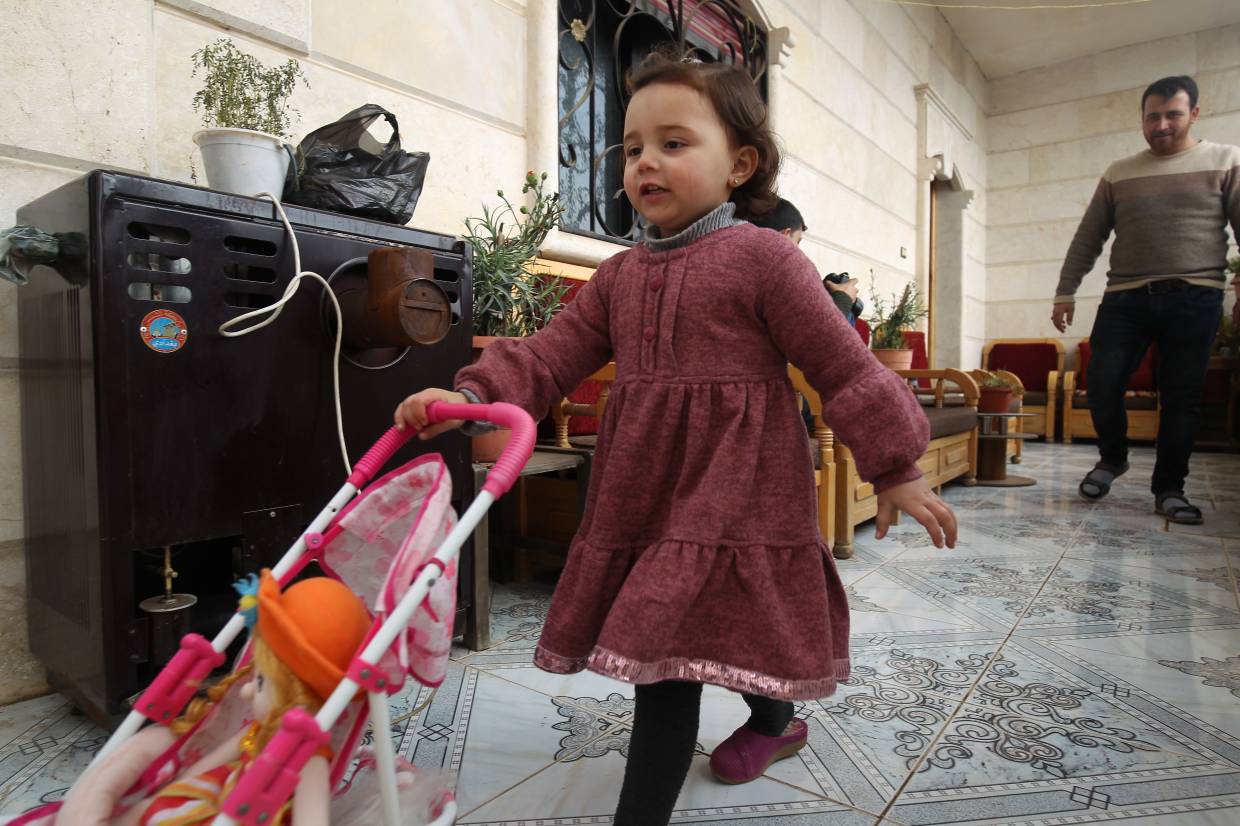 Salwa thinks the bombs are firecrackers and her father allows her to be happy thinking that.

A reporter met the 32-year-old father in Sarmada, a town in Syria's last rebel pocket, which Russian-backed regime forces are trying to crush.

He and his family fled from Saraqeb, another town in Idlib which has already been retaken by regime forces and has been partly levelled by air raids.

Now as the regime presses its northwards offensive and continues to push civilians ever closer to the Turkish border, the air strikes are back.

Mohammed explains that when Salwa was still 12 months old, she started crying when she heard fireworks in the neighbourhood.

He had to explain that it was only the sound of children playing for the Muslim holiday of Eid al-Fitr.

"After that, whatever was coming to us from the air, I would take out my phone and tell her: 'Come, let's laugh together, these are children playing for Eid," he says.

"I try not to show her that what is happening as a bad thing but rather show it as something funny," he explains. A video in which the little girl laughs every time an explosion goes off was widely shared on social media in recent days as a heartening but grim reminder of Idlib residents' daily lives.

"One day, she will know that this is a sound of death but by then, she will have understood who we are and what our story is," Mohammed says.

The north of the province of Idlib is a dead end for hundreds of thousands of civilians displaced from other former rebel bastions across Syria.

It has been described by aid groups as the world's largest de facto open-air displacement camp.

Hundreds of people, many of them children, have been killed in recent weeks as pro-regime bombardment spares nothing, from homes to hospitals.

According to the United Nations, 900,000 people have been forced to flee their homes and shelters since December alone. All her father wants is for her to have a happy childhood.

Tens of thousands of them are left to sleep rough in the thick of winter, with temperatures dipping to minus 7 degrees Celsius (around 19 degrees Fahrenheit) in some areas last week.

More than half of the displaced are children and at least seven of them have died from the cold and the bad living conditions.

For those who have a shelter, the trauma of the intensive shelling is an issue that overwhelmed health services and relief organisations can scarcely address.

After nearly nine years of a conflict that has killed more than 380,000 people, Salwa's father says he no longer has dreams or hope.

"We are tired of sending messages, we have no aspirations. We just want these children to have a decent life," he says. – AFP 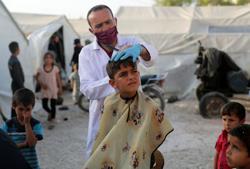 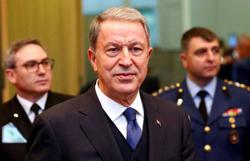