These boys at MySkills Foundation in Kalumpang, Hulu Selangor, are reaping the fruits of their labour.

Every child needs a loving home and the resources to develop his or her full potential. Many of us take this for granted, but for some this is just a dream. Many charitable organisations in Malaysia provide for the underprivileged in different ways.

The 12th-century philosopher Maimonides wrote that the most meritorious act when doing charity is to teach the disadvantaged a skill so that they can be self-sufficient for life.

MySkills Foundation was started in 2011 to provide youths unable to complete their schooling, from single-parent and dysfunctional families, a second chance in life by offering training for blue-collar jobs.

Talking to friends, I realise that many are not aware of its existence. To date, about 800 youths have received training and found meaningful jobs – and so avoided a life of crime.

I was told that the movie Kabali was inspired by and its storyline changed by MySkills. Kabali’s director Pa Ranjith visited and was inspired and impressed by the campus.

In 2015, the Malaysian movie Jagat was co-produced by MySkills. Several of its students were extras in the movie, which went on to win the Best Movie award that year at the Malaysia Film Festival.

My wife and I spent a fruitful and informative morning this Merdeka Day, visiting MySkills new 12ha complex in Kalumpang, Hulu Selangor, one-and-a-half hours drive from Petaling Jaya for their first open day.

A teacher and his students during once class.

With the main range in the background, the campus looked very serene. The foresight and brilliant planning of MySkills directors, enabled two disused godowns to be converted into lecture rooms and a sports centre (one donor has pledged to furnish it fully with sporting equipment). A hostel can hold 120 students.

The students grow vegetables organically. Both for health as well as economic reasons, students are provided a vegetarian diet. Parents are allowed to bring non-vegetarian dishes when they visit.

A football field and basketball court are part of the sports facilities available. In another corner of the campus, tropical rainforest trees are planted for the student’s education as well as to add to the general ambience.

Twenty-one full-time teachers work on campus. Their work is supplemented by more than 100 volunteers who provide lessons that include English, mathematics, science, moral and spiritual classes embodying all religions.

A volunteer barber coaches two students twice a week. A football coach provides his expertise every Sunday. Aided by another volunteer, students harvest, dry and grind the leaves of the moringa trees (more than 100, initially planted for self-consumption) to be made into capsules and then sold.

I asked about a day in the life of a MySkills student. They awaken at 6.30am and do two hours of farming, then have breakfast. After this, they have classes from 9am to 1pm, following the Malaysian government schools competency syllabus.

Students play games between 5pm and 7pm. Dinner is served at 8pm, following which they relax by preparing for a concert (songs, dances) held every Saturday. I am told all look forward to this. It’s lights off at 10pm. No mobile phones are allowed. Selected films are shown on TV every weekend.

A teacher taking time to explain to her students at the centre.

We met and talked with several energetic students who looked contented and at home. There are many inspiring accounts of transformation (names have been changed to protect the identity of the kids):

Siew Ling joined MySkills last year when she was 18. She could hardly speak English. Having lost her father at age 14, she was often absent from school and failed to complete her SPM. Now after 18 months, she is conversant in English, good in secretarial work, and plans to do a diploma in digital marketing.

Balan grew up in a family of 10 siblings and often went hungry. His father abandoned them, and his mother did odd jobs. Leaving school at the age of 14, he joined neighbourhood friends and frequently got drunk.

Sent to MySkills by his mother, he graduated in electrical wiring with a National Skills Certificate. He has now enrolled his younger brother in MySkills to do a course under his supervision.

Students bond over sports on top of vocational skills.

I interviewed the soft-spoken founder and director of MySkills, S. Pasupathy, the driving force behind the organisation. His own life struggles inspired him to set up MySkills with the help of like-minded friends.

He told me that he learnt about the beauty of and joy in giving, doing service and being dedicated, from people who helped him from a young age.

Pasupathy’s father’s earnings as a boilerman were inadequate to feed his seven children. Pasupathy would go to school after a breakfast of two thosai and thin brewed tea. There was no money for a proper meal.

A friend, Lim Woon Kai, without being asked, gave him money for the canteen every day throughout his secondary school. Lim is now retired and Pasupathy is still in contact with him. Lim taught him the joy of giving.

Coming from a Tamil-medium school, Pasupathy had difficulty understanding subjects taught in English. The nuns at the Good Shepherd Convent coached him in basic English, and taught him the beauty behind service to the poor and needy.

Kirkby-trained Govin, a dedicated teacher, was Pasupathy’s mathematics instructor. He gave him free tuition twice a week, which helped him improve his grades. The values learnt from Govin formed the basic principles that Pasupathy uses to transform students at Myskills Foundation.

Pasupathi’s Form 6 studies were sponsored by the Dr Rama Subbiah scholarship. During this time, he stayed at the Vivekananda ashram. He tells me that his desire to give back to society started here.

Pasupathy won a JPA scholarship to pursue tertiary studies. He graduated four years later with a degree in chemical technology from UKM. He worked in the income tax department for six-and-a-half years. With his savings, he went to England to study law, working part-time in restaurants and driving a cab.

He completed his law degree in two years and returned home. He has been running his own law firm for over 20 years, and takes on about 10 pro bono cases every year, mainly involving juvenile offenders. He tells me several of these are referred by magistrates who feel the juvenile has a defendable case.

Pasupathy was a member of the Educational, Welfare and Research Foundation Malaysia (EWRF) from 1995 and its president in 2006. While in EWRF, he noted a need to give “at-risk youths” a second chance in life.

One day, over a meal with friends including Dr Shanmuga Siva, he discussed the need for a foundation for these special group of youths. Nine months later, MySkills was born. The rest is history.

The estimated cost to run the centre is about RM150,000 a month (students do not pay fees). Currently, the centre is dependent on donations from corporate organisations and individuals but they hope to be self-sufficient in five to six years’ time.

If you would like to make a tax-free donation, contact MySkills Foundation at 03-2691 6363 or email them at myskillsfoundation@yahoo.com. 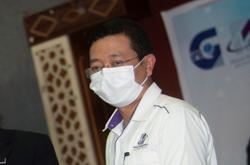