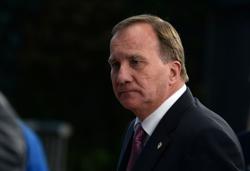 An elderly couple walk together in this filepic. Dementia patients often have unmet sexual and intimacy needs. — AP

From the moment we are born, the body undergoes gradual changes and we start growing older. Ageing is the natural process of life, but not everyone ages gracefully and healthily.

Although there are some normal age-related changes, including the speed in which our brain processes information, dementia or severe memory loss that interferes with daily life, is not part of the normal ageing process.

Rather, it involves a progressive impairment of cognitive skills, including memory, awareness of place and time, and the ability to learn new information. Each person experiences dementia differently, but in essence, it remains an incurable and progressive condition that is increasing in frequency as the population ages.

One of the challenges in coping with the elderly population is the lack of geriatricians in the country, as there are only 40 currently registered with the National Specialist Register. They are distributed between public hospitals and the private sector, with over 40% located in Kuala Lumpur alone.

Geriatric services in public hospitals in all the other states comprise of stand-alone units run by single-handed geriatricians in individual states, operating with a

limited number of beds or in integrated general medical wards. These services are unable to meet even a fraction of the needs of the existing older population nationwide.

There are only 40 geriatricians – medical
specialists in the health and care of the elderly – registered in this country for our population of about 32 million. Filepic

In a plenary session on Education and Training for the Workforce – What Works, Prof Leon Flicker from the University of Western Australia highlighted what not to do when dealing with dementia patients.

He gave an example of an 80-year-old patient who was transferred from a nursing home to the Royal Perth Hospital. This patient was wandering around the facility, banging on windows and furniture, threatening staff and pushing nurses into a corner.

He also had post-op complications from a total knee replacement six years prior. Besides being delirious and complaining of seeing snakes, he had Parkinson’s disease, diabetes and hypertension.

Said Prof Flicker: “He was prescribed plenty of medications that were keeping him mobile, but making him more confused and agitated. The staff had no idea how to manage this patient. Once he was assessed and his medicines were reviewed and adjusted, he was no longer hallucinating.

“The major problem we have in assessment and management of people with cognitive impairment is that our health and social support systems are poorly designed for the chronic problems of older people, including dementia.

“Among the lessons learnt from this man is that it is impossible to separate education and training about dementia without also discussing delirium because patients with delirium are at a greater risk of harm. Fifty percent of the time, delirium is misdiagnosed, not detected or not identified in hospitals.”

“Though the official figures state that 55% of people in nursing homes have dementia, it is actually 80%. Thus, we have to ensure that the care in nursing homes is good to enable patients to feel better,” said the geriatric medicine expert.

“But the main problem lies with the culture within these homes. Picking up a skill is harder than picking up knowledge from books.”

According to engineer Prof Datuk Seri Dr Asiah Abdul Rahim, it is important to design buildings that cater for persons with disabilities (PWDs) and dementia, who are often socially isolated. As of Dec 31, 2018, there were 488,948 registered PWDs in Malaysia.

“Ideally, architects should design buildings for all ages and abilities. Due to opportunities for women to work, the trend in Malaysia is that daughters are not able to look after their parents like before, hence 14.5% of elders are living alone,” she said in her paper Environmental Design for PWDs.

One of Prof Asiah’s main topics of interest is built environment with adaptation for the elderly.

“Physical, built elements in design should consider space planning and legibility; colours and material finishes; accessibility; doors, windows and ironmongery; and toilets. When you have elderly people living with you, the toilets must be modified because a lot of accidents can happen there,” she said.

“Toilets must be built using appropriate materials, be disabled-friendly, located strategically, and include anthropometry of the elderly (the science of obtaining systematic measurements of the human body).”

To date, she pointed out that only Putrajaya has some of these elements incorporated into part of its township. “We have to create elderly-friendly urban developments that have one-stop centres within the community that are easily accessible to the elderly in order to meet their needs,” she added.

Dementia in the young

Dementia can occur in the young too, with behavioural changes being one of the symptoms. Filepic

While we think dementia only affects the old, this is not quite true. “This is a misconception as young onset dementia can occur in the 40s and 50s,” said consultant neuropsychiatrist Dr Chee Kok Yoon in his paper Tackling the Issues in Young Onset Dementia.

Based on data from two boroughs in the UK, the prevalence of dementia with onset between the ages of 30 and 65, was 54 per 100,000 people. Alzheimer’s disease was the most common form of young onset dementia, followed by vascular dementia and frontotemporal dementia.

Japan also found a similar prevalence of dementia with onset between the ages of 18 and 65 to be 42 per 100,000 people. Their most common cause was vascular dementia, followed by Alzheimer’s disease and head trauma.

“There is a difference when telling the younger group they have dementia because we need to know what caused it; a psychiatric assessment is required. It could stem from depression. Most of the time, these young patients complain of stress, anxiety or being unable to cope with work,” he said.

“They don’t have memory problems, but have language problems and behavioural issues, so there are a lot of complications. My youngest patient was 41, but he also had an underlying genetic mutation.

“To diagnose accurately, genetic testing and a brain MRI are recommended. When they’re young, you better be sure of the diagnosis as it is going to change their life forever.”

Many conditions can lead to dementia including road rage. One of the red flags in the younger age group is that they talk less or stop talking. Dementia is hard to diagnose at the general practitioner level, so Dr Chee advises families to do an assessment based on what the patient’s chief complaint is.

He commented, “While the elderly can be sent to nursing homes, where do we send the young ones to? This is an overlooked matter.”

A person with dementia also has unmet intimacy and sexual needs, which are often ignored.

“Just because someone is demented doesn’t mean he or she doesn’t have such needs, but hardly anyone asks about this topic,” pointed out consultant rehabilitation physician Dr Intan Sabrina Mohamad. “Ageing doesn’t make you protozoa (single-cell organisms that have no need for sexual contact).”

Over a lifetime, sexual values peak at the age of 16 for girls and 31 for men, though in reality, the cheery specialist said lust never ends for men, but sort of ends at the age of 50 for women.

In her paper The Impact on Relationships, Intimacy and Sexuality, she said, “Studies show that seniors are still sexual, but that doesn’t necessarily mean they are engaging in sexual intercourse.

“In residential care, dementia poses a challenge for sex because how many dementia patients sleep with their partners? These patients are heavily medicated and cannot think, so there is a communication breakdown,” she said. she said.

“Caregivers have reported many times that the patients want it ‘there and then’, and because they cannot remember, they forget when they last ‘had it’. It’s exhausting for the caregiver.

“Hence, dementia care should include services to support couples in modifying activities, behaviours and expectations in order to reduce burden and enhance

couplehood despite the illness.” 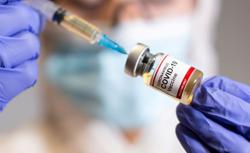