Ahmad Kamil (right), Mohd Khairuddin Zainuddin and Henry Fu may be retired but they, like many retirees, lead full and active lives.

It’s about time – that’s the general sentiment of senior citizens on the government’s commitment to enact a specific law for the elderly to protect their rights and safeguard their welfare.

“If we can have laws and human rights for women and children, why not for the eldely too?” says retiree Ahmad Kamil Mohd Yusof. “Ageing is a degenerative process that affects not only a person’s mental and physical health but also their finances and socio-economic standing within their family and community.

“Many are unable to cope effectively with retirement making those over-60 a marginalised group, with limited or no access to financial assistance, post retirement jobs, affordable medical care or even accomodation. Children sometimes abandon the elderly and society in general has a negative perception towards the elderly.

“To minimise the negative impact of ageing society and the economy, it is logical to afford seniors with as much assistance as possible,” said Ahmad Kamil.

Last month, Deputy Prime Minister Datuk Seri Wan Azizah Wan Ismail announced plans to legistlate an act for the elderly to protect their rights and provide them a support system.

“Our views matter. Seniors should be heard before any policy involving them is passed,” says Lily Fu, 70, who is the founder of Seniors Aloud, an online community of over 500 senior citizens.

“A specific law would acknowledge seniors as a separate entity deserving of respect and assistance. As contributing members of society during their prime years, the service of seniors should be given due recognition in terms of support in their later years,” she said.

Fu hopes that the law will also make it mandatory for employers to (re)hire eligible seniors and make it easier for seniors to obtain loans, purchase property and pursue higher education.

“It must also compel housing developers (private and public) to incorporate age-friendly facilities, including an outdoor gym for all ages, in their housing projects,” she says.

“It is the children’s responsibility although there should be a disticntion between support and control. The elderly should still be able to make decisions about their life and living for as long as they can,” says Juliet.

The necessity for a law, adds Ahmad Kamil, is a reflection of the disintegration of the nuclear family in increasingly modern societies.

“Its an indictment of our society that such a laws have become necessary. Where are our Asian values, our sense of filial duty? We have become a disposal minded community that disregards the seniors. A society that denies them the opportunity to be productive and to retain their dignity,” he says. 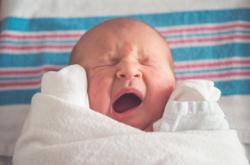