By Tho Xin Yi 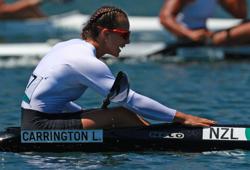 Lung’s sharp wit and engaging personality on show at her talk at BookFestMalaysia.

Lung Ying-tai asks the audience at a recent meet-the-readers session during a book exposition: "Who went out of their way to come to this event today?”

Some people eagerly shout out their departure points, which include Melaka, Singapore and even far off New Zealand. Then a woman from the Klang Valley speaks into the mic, choking up: “My mum ... she is no longer here.”

Lung nods: “I understand. You are talking about the emotional hurdles you’ve been through.”

The 66-year-old Taiwanese cultural critic and intellectual was in Kuala Lumpur earlier in the year, visiting again after close to a decade and bringing along her new book titled Forever And Ever: Letters To Mei-Jun. It’s a personal work, comprising 19 essays in the form of letters to her 93-year-old mother, Ying Mei-jun.

She wrote the letters knowing that her mum would never read them, as Ying had been diagnosed with dementia 18 years ago. Now confined to her wheelchair, Ying does not respond to Lung’s “how are you’s” and “I love you’s”.

Lung moved to Pingtung in southern Taiwan in August last year to be with her mum, putting an end to 15 years of biweekly shuttling between her Taipei base and her mum’s place.

The former director of the Cultural Affairs Bureau of Taipei and Taiwan’s inaugural Minister of Culture has good reasons to stay put in Taiwan’s capital, where she currently serves as a director at the Lung Yingtai Cultural Foundation. She is also the Hung Leung Hau Ling Distinguished Fellow in Humanities at the University of Hong Kong, while her two sons live in London and Vienna.

But relocating to Pingtung was the only right action to take, and a much-delayed one at that, as she realised while attending a silent meditation camp in April last year.

The 1,000-strong crowd that fills the Kuala Lumpur City Centre Plenary Hall (some even sitting cross-legged on the stage) is given a glimpse of Lung’s current life via a short clip produced by Common-Wealth Magazine, the publisher of her new book.

One of the scenes shows Lung doting on her mum, spraying a rose water mist on her face, and in another, rubbing cocoa butter into her fragile skin.

At the three-hour event, Lung is a portrait of poise, empathy and sharp wit. Her piercing eyes soften when she looks back at a missed opportunity to treasure a lecturer that her 18-year-old self dismissed casually as “dead wood”.

The lecturer, then 68 years old, taught French at Taiwan’s National Cheng Kung University, where Lung studied foreign languages and literature. Because of his heavy Henan accent, Lung soon lost interest in what he had to teach.

It was not until many years later when Lung was researching the Chinese Civil War for her book, Big River, Big Sea – Untold Stories Of 1949, that she came across his name again. The lecturer, who had been born in 1902, had obtained a doctorate in Paris, witnessed the Sept 18 incident (a bombing engineered by the Japanese army in 1931 as a pretext to invade China) and fought in the anti-Japanese war, eventually dying in 1978.

“The discovery hit me hard. He was a hero that fit perfectly into Big River, Big Sea.

“When I was 18, my brain was supposed to be very open and receptive to the riches of the world, and yet when this person appeared in front of the classroom, I disregarded him as a rotten branch and closed a window in my brain.

“Only 40 years later did I discover that he was far from dead wood. He was a big tree in a lush forest, against the backdrop of a mountain range. Why had I looked at him with such a narrow view?”

With this anecdote – and her new book – Lung encourages her readers to open their minds and make an effort to communicate with their parents.

“If there was such a book for me to read when I was 18, I would have been better prepared for certain crucial life moments,” she says.

Lung seeks to drum this one idea into the minds of the audience: That any person is consequential in the currents of history. To understand these pieces of “dead wood” and what shaped them to be who they are, one must examine the affairs of the country and the world of their time.

Hence, Letters To Mei-Jun is punctuated by 35 short narratives with photographs that take readers on a walk through time, beginning in 1919, the year Lung’s father was born and the year the Versailles Peace Conference was held following the end of World War I.

In 1933, Adolf Hitler became Chancellor of Germany; in 1951, 90% of Taiwan’s federal revenues were spent on the military; in 1952, Ying was 27 and gave birth to Lung in a Japanese-style house with black roof tiles in Kaohsiung, southern Taiwan.

“You have two witnesses of history at home. They are not dead wood. If you are willing to throw open the window in your brain, you will discover a Big River, Big Sea too,” Lung says.

A member of the audience asks Lung if she would consider writing tales set beyond the shores of Taiwan and China. She replies that she has been collecting material about Malaysia, but still feels that the stories of Malaysia should be told by Malaysians.

“I dived into your history when I went to East Malaysia (Sabah and Sarawak) for the first time. I was astounded by what I discovered about Sibu (in Sarawak).

“About a century ago, some 1,500 Christians left Fuzhou (in China) for Sibu by boat. When they arrived here, the first thing they did was to kneel down and pray.

“These are such magnificent stories! Why has no one made them into a book or a film?” she asks.

Lung, who is celebrated for her sharp socio-political views, also congratulates Malaysia for taking a huge step forward in the May general election.

She reminds Malaysians to treat democracy as a journey against the currents in a small boat.

“You have to be very realistic about democracy. It can go backward anytime.

“But democracy is always the more appealing choice among all other options because it has a reset key. It has a possibility of self-healing,” she says.