Doris Pillai keeps a close watch on her “students” as they roll small portions of cookie dough into evenly-sized balls, in her home in Bangsar, Kuala Lumpur. The 92-year-old woman is teaching her 14-year-old great-granddaughter Àine Tuohy and 33-year-old granddaughter Muna Mazlan how to make almond cookies, a family favourite.

Doris is the cook in the family, and keeper of the family’s recipes.

Up till Christmas last year, she was baking cookies and cooking her own meals.

But a bad fall just before the New Year has left the grandmother of 16 and great-grandmother of five a little unsteady on her feet. Doris now moves about – slowly – with her cane, either under the watchful eye of her helper or one of her brood whenever they come to visit. 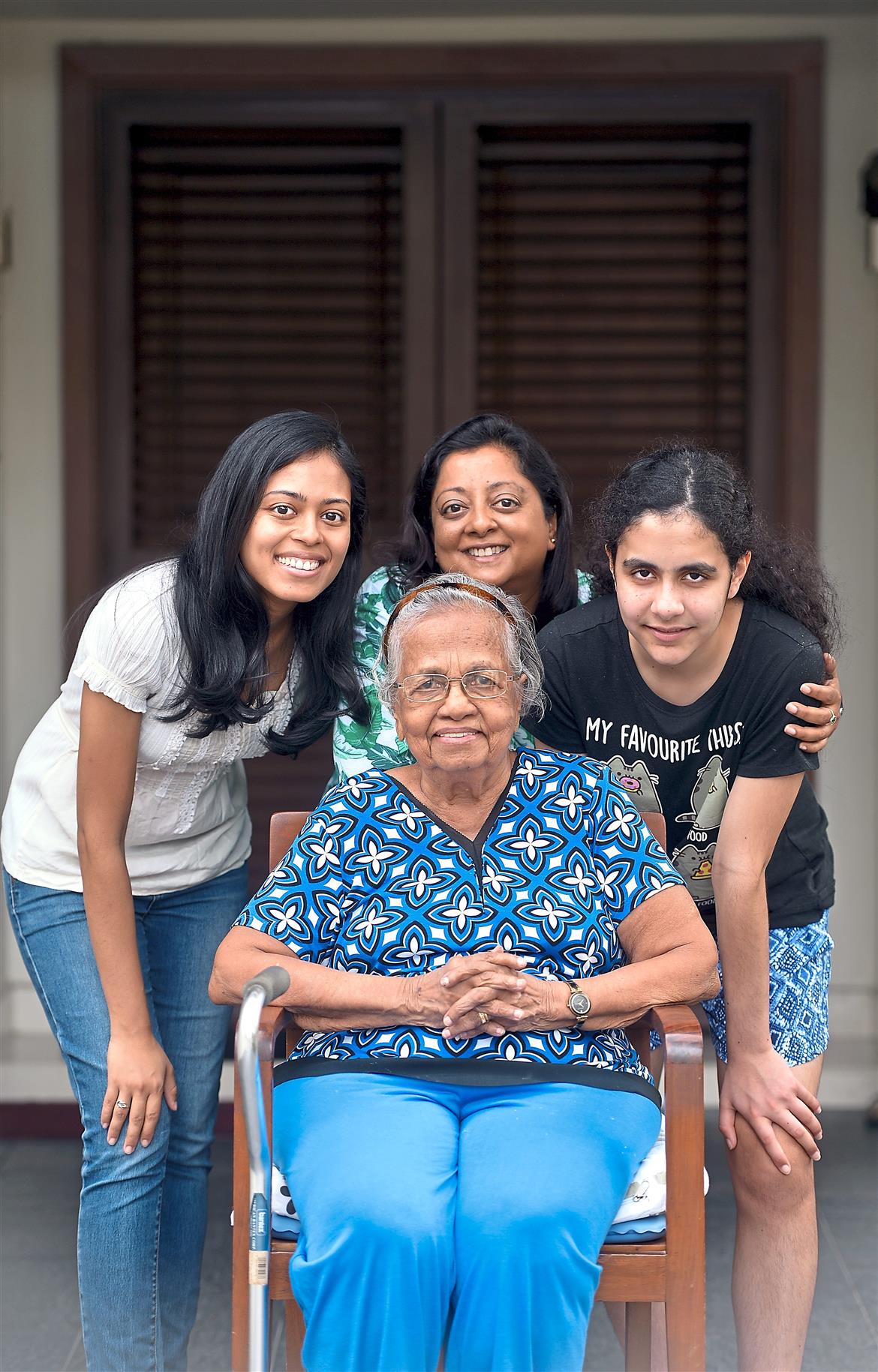 Many older people who live on their own find themselves cut off from social interaction. But not Doris Pillai whose family still go to her, be it for recipes, stories from the past or comfort.

Doris lives on her own with two live-in helpers, but she is in constant contact with her family.

Only two of her eight children live in Malaysia and they call her daily. They visit her often, bearing her favourite food like popiah, nasi lemak or koay teow when she has a hankering for “outside food”.

Most of her grandchildren and great-grandchildren live abroad and though they call and Skype often, Doris looks forward to their visits as it fills her home with chatter and laughter.

In Malaysia, 30% of the elderly population either live alone or with their elderly spouse (compared to 14.7% in 2004), according to the 2014 National Population and Development Board Survey.

Just like Doris, they are empty nesters whose adult children have left home due to marriage, employment or migration.

Although living alone doesn’t necessarily lead to social isolation (and not living alone doesn’t discount isolation), it is a huge risk factor. Many older people who live on their own find themselves cut off from social interaction. Often, because of decreased mobility, older people don’t usually get to spend time with younger people and end up isolated, lonely, unappreciated, without purpose and depressed. 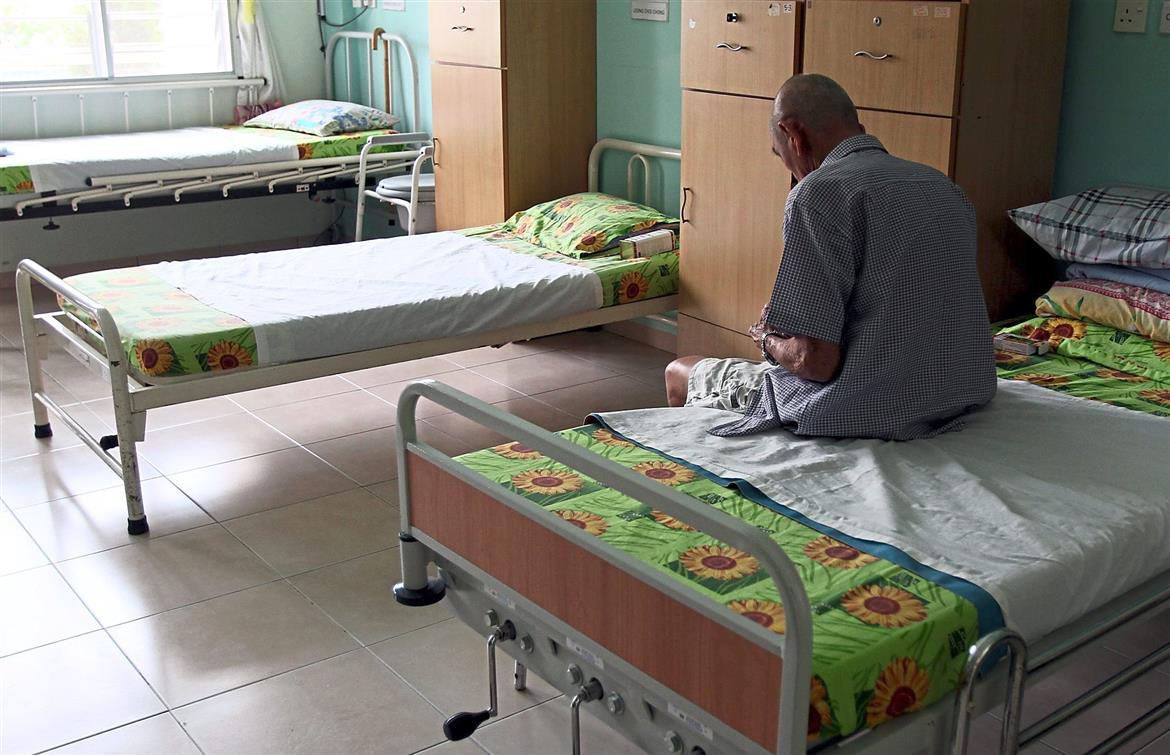 Being ignored makes the elderly feel worthless, which can lead to depression and affect their health. Photo: filepic

“We don’t have local data but global studies show that loneliness and isolation have an impact on the health and well-being of older people. Older adults who feel isolated and lonely have a higher mortality rate compared to those who aren’t,” says Dr Fadzillah, adding that isolation also increases their risk of being abused.

Dr Fadzillah is part of the Prevent Elder Abuse and Neglect Initiative, or Peace, a five-year multidisciplinary study on elder abuse and neglect by Universiti Malaya researchers.

The Peace study in 2016 found an alarmingly high incidence of abuse among the elderly in Malaysia: one in 10 elder persons experience some form of abuse in urban communities and one in 20 experience abuse in rural communities. One of the forms of abuse is neglect.

The study also found a link between abuse and shorter life spans in its respondents. This corresponds with worldwide findings. The lonely had higher mortality: nearly 23% died within six years, compared to 14% of those who weren’t lonely.

Alleviating loneliness and isolation of elders can and should start from home. This is the idea behind UMMC’s World Elder Abuse Awareness Week (WEAAD) campaign this year, themed “Remember Me”.

“We chose ‘Remember Me’ as we want to encourage young people to spend more time with their ageing parents, grandparents or relatives. This is how we can start. Sometimes life gets in the way and we end up visiting our elderly parents or grandparents only during celebrations. But we must make the effort to connect more.

“Social isolation affects older people more... they tend to get more sensitive and see themselves as being worthless or a burden which can lead to depression and affect their health,” says Dr Fadzillah.

To get the message across, the Peace team have found an advocate in celebrity chef Datuk Redzuawan Ismail, famously known as Chef Wan, as the ambassador not just for the WEAAD campaign but the Peace project. 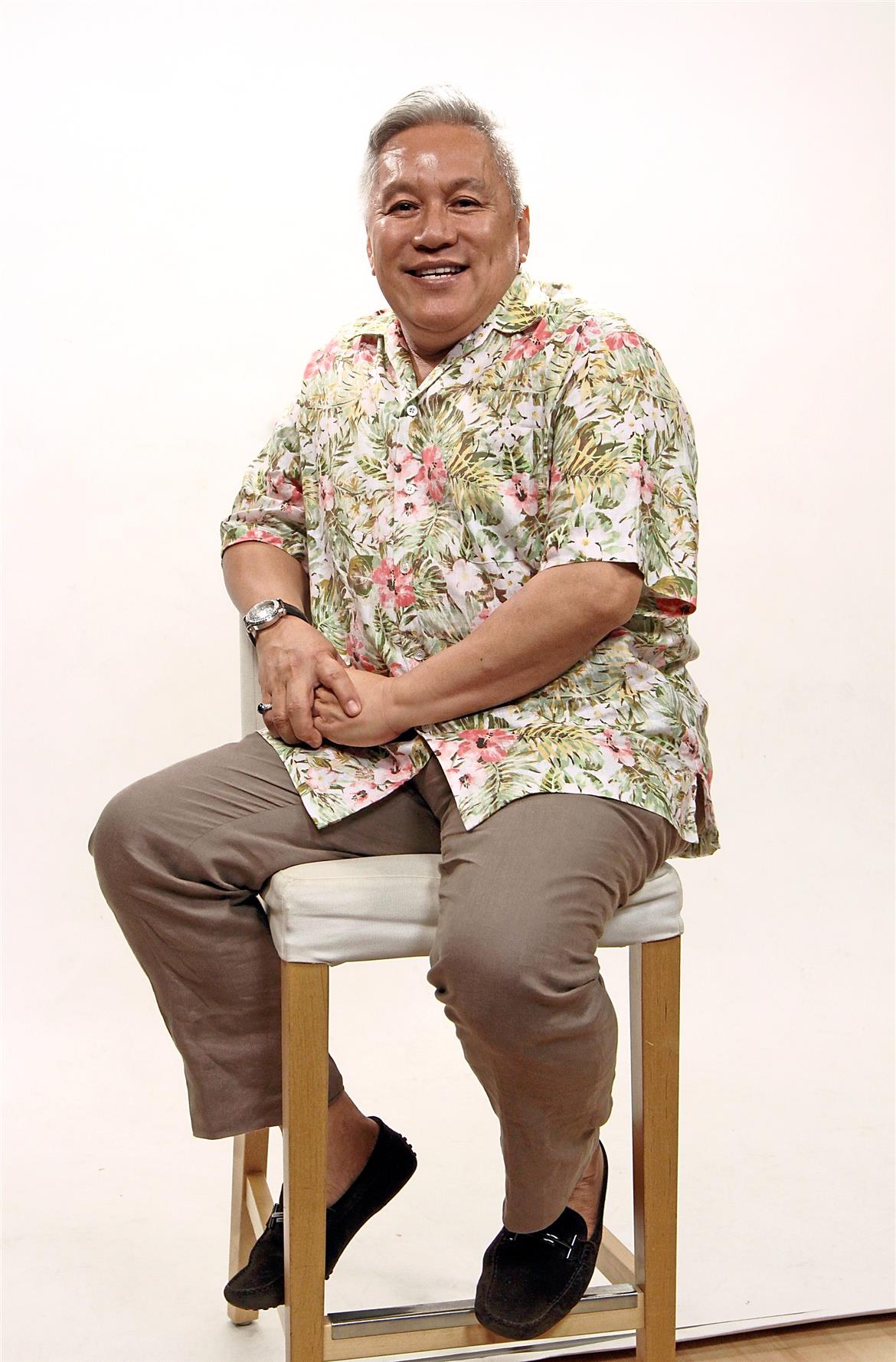 As the newly appointed ambassador for the Peace Initiative, Chef Wan urges Malaysians to be dutiful sons and daughters. Photo: Samuel Ong/The Star

For the 60-year-old chef, the invitation was an opportunity to speak about a subject close to his heart.

“I am very close to my mother and I genuinely like the company of old people. So, when I read news stories about the elderly being abused or neglected by their own children I cannot tolerate it. What kind of people are we if we cannot even care for our parents? After all, they sacrificed so much to get to us where we are,” says Chef Wan, who is looking after his mother, Noraini Abdullah, who has dementia.

Watching the disease take over his beloved mum has been heartbreaking but he is determined to give her the best care he possibly can, including making sure his siblings, children and grandchildren spend time with Cik Ani, as he lovingly calls her. (See sidebar for full story)

The lack of communication between the ages is harmful on many levels – old people become isolated while young people miss out on the wealth of experience and knowledge they can soak in from seniors.

“We often forget how much older people have contributed to society and the economy. They have a wealth of knowledge that we can tap into and we shouldn’t forget this. They make our lives richer and more rounded,” says Assoc Prof Dr Clare Choo Wan Yuen, also a Peace researcher. 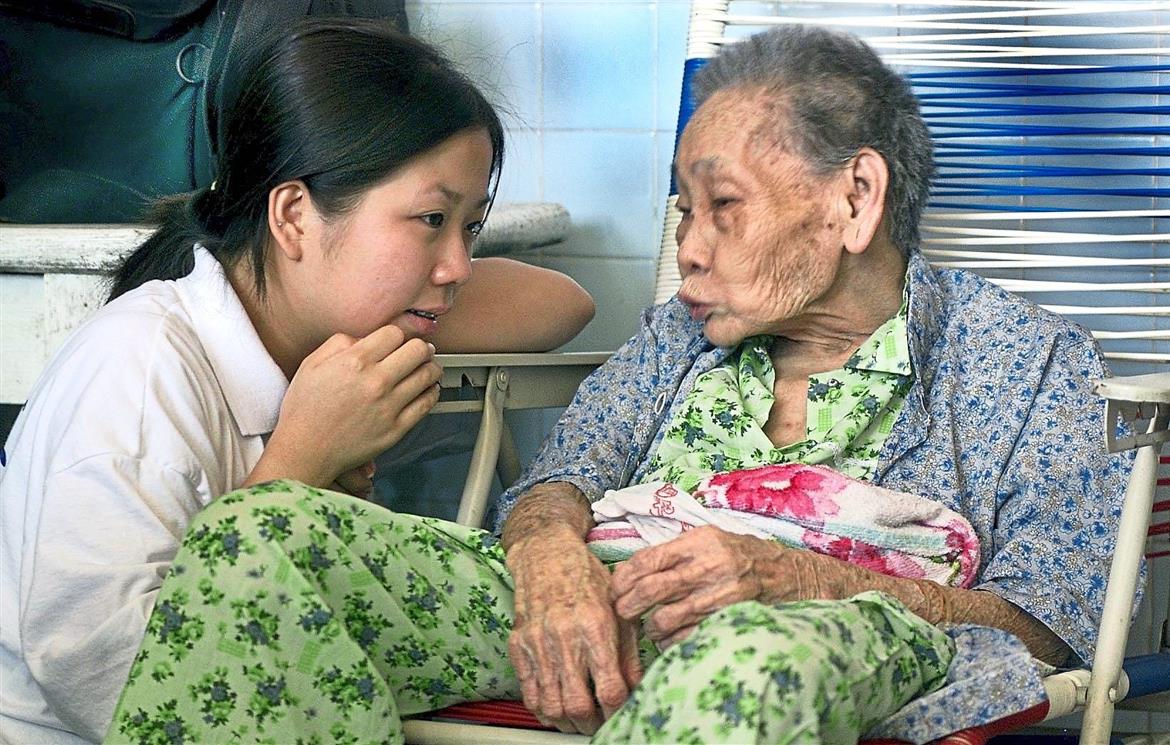 As busy as we get with our daily lives, it is important to remember our older folks and pay attention to them so that they do not become isolated. Photo:Filepic

A Brazilian study published in 2007 in the Journal of Intergenerational Relationships puts a group of previously unrelated elders and teens together for two hours each week for six months to share life stories and participate in discussions and activities related to reminiscence.

The groups initially displayed preconceived negative images of each other – the seniors expected the teens to be lazy, rebellious, rude and disdainful of older people. The teens expected the elderly people to be demanding, critical, incompetent and uncaring.

By the end of the study, both groups changed: overall, the teens changed their outlook towards their own grandparents – the exercise made it easier for them to communicate within their own families.

“Until now, we thought that getting old meant being boring, nitpicking and disapproving. Nobody would love us. In the project, we realised that if we can reach old age like them, we will be able to be loved,” a teen in the study commented.

The seniors benefitted too, they felt useful again and “began to see the postivie side of young people”.

The key, says Dr Choo, is breaking stereotypes about inter-generational relationships which can be achieved by spending time with our elders.

“We need both young and old people for a society that is enriched,” she says.

For Doris, having her grandchildren around is a much welcome distraction. At 92, Doris has outlived many of her friends, which sometimes depresses her.

“She’s actually been very graceful about growing old. Quite a few of her friends have passed on and she does feel it and talks about being ready to go too.

“But prayer helps and also, visitors,” says Muna, a water engineer based in KL.

Doris drove till she was 86 but only stopped because she didn’t know how to drive her new automatic car.

But she proudly reveals that apart from her mobility issues, she’s in perfect health – “no blood pressure issues, no diabetes” though she tires more easily now and prefers not to go out too much.

“Changing in and out of clothes is already a great effort these days. I really envy (Tun) Dr Mahathir, you know. He can still drive and is taking over everything... he is still so sharp, you know? It’s remarkable,” she says of the prime minister who is just a year older than her.

Luckily for her, there has never been a generational gap and she is surrounded by young people who continue to look to her for guidance – whether it is recipes, stories of the past or comfort.

“What’s really great about grandma is how she’s evolved with the times and how she’s dealt with age with so much grace. She’s been through so much and seen so much but she’s not afraid of change and adapts to change really well,” says Yvette.