Giving women a way to the top

Women bring their unique perspectives and experiences to the decision making process, and corporate boards are beginning to recognise the value of gender inclusivity. Photo: 123rf

Securing a seat at the boardroom table used to be an unspoken gentleman’s privilege.

However, the tide is changing. An initiative – the “30% Club” – is working towards making sure that women are given a fair shot in boardrooms, to fulfil the government’s commitment to having 30% of women on boards of Public Listed Companies by 2020.

The 30% Club, a voluntary organisation comprising directors, chief executives and business leaders, aims to get companies to consciously change their practices and include women in decision-making positions.

Its aims to promote the belief that gender inclusivity on boards is not just a women’s issue, but a mainstream issue that makes economic and financial sense.

It is only smart to tap into women’s abilities, talents and experiences at the upper echelons of corporations. If half of the population is passed over and their talents ignored, that’s a lot of wasted resources – so it’s not just an equity issue, but an economic matter.

Datuk Dr Zaha Rina Zahari has smashed the proverbial glass ceiling and has excelled in her career and is proof that women belong in the top ranks.

Datuk Dr Zaha Rina Zahari is regarded as the “queen of derivatives” and the “master of mergers”. She was instrumental in the development of the local futures industry and actively promoted the Malaysian capital market and its products to domestic and international institutions through the 1990s and early 2000s.

She also played a key role in the merger of the Malaysian Futures Clearing Corporation and Malaysian Derivatives Clearing House to be the Commodities and Monetary Exchange of Malaysia (Commex Malaysia).

She is a respected figure in the financial, commodities and securities industry. But there is very little information on Zaha Rina online, apart from her executive profile and professional accomplishments.

“I keep a very low profile. And, I really don’t have much of a social life. The focus is on the work, not me. The ‘what’ is more important than the ‘who’... that’s really important to remember. Nobody really cares about Zaha Rina,” she says.

Born in Alor Setar, Kedah, in a family of 13 children, Zaha Rina learnt early on that she would have to “pull her own weight”.

“My father treated us equally. He gave his daughters equal opportunities, so I was brought up in an environment where gender didn’t matter. You pulled your own weight and I didn’t feel discriminated at all.

“I had to carry my own bags and if they were heavy and I needed help, my brothers would just tell me that I’d packed too much and should bring less.

“Instead of fighting back, I learnt back then to use my own ‘powers of influence’ over my brothers, and that just carried on in other areas later in my life,” she shares.

Zaha Rina started her career in her family’s company. But her interests in futures and commodities led her to chart her own path within the business and beyond.

“We had a good thriving business ... we did insurance, telecommunications, engineering services and travel. But I was very much into futures and commodities and so I started that part of the business for my family. I started Sri Communications Options & Futures Sdn Bhd and from there I got to be on the board of the KL Commodities Exchange. I found I enjoyed it very much,” she shares.

She is devoted to her work simply because she loves what she does.

“It’s a lot of work, but I enjoy it. I enjoy bringing value to whatever I do. I like looking at things when they are so bad and seeing a light at the end of the tunnel. I like seeing businesses and people grow. I thrive on this,” says Zaha Rina, who at 57, sits on the boards of at least nine companies including L’Oreal Malaysia, Manulife, Hong Leong Industries Berhad and Hibiscus Petroleum Bhd.

Zaha Rina acknowledges that she was lucky to have had supportive bosses who have guided and supported her. She certainly counts herself fortunate to never have faced gender bias in her career.

“But I know there are other women who have. However, I believe that women must take the plunge. Don’t be afraid to fail. Don’t be so hard on yourselves but you also can’t expect things to be hunky dory all the time.

“It’s a lot of work but it you show your value through your work, you will succeed. Because, really, nobody wants to see anyone fail,” says Zaha Rina.

Companies must make a more conscious effort to include women candidates in the selection of board members, she asserts. At the same time, women have to put themselves forward and demand their rightful place.

“It’s a huge responsibility to be on a board but women are ready and have all the skills ... they just need the opportunities. My advice to women would be to always be prepared – it’s also the Girl Guides’ motto. Because, if a woman underperforms, there is the tendency to paint the entire gender with the same brush and use it as an excuse not to have women on board. So, we really have to know our work and do our own research. I never ask a question that I don’t already know the answer to,” shares Zaha Rina.

Giving women a way to the top 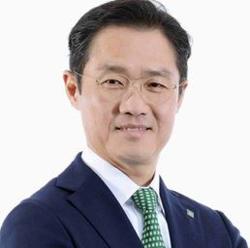 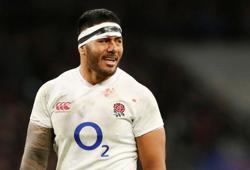 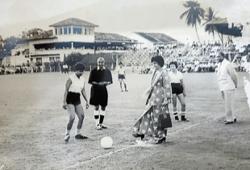