Quentin Tarantino responds to critics of racial slurs, violence in his films: 'See something else' 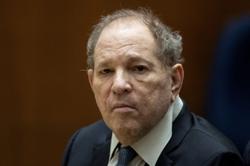 Quentin Tarantino is not changing his creative process to appease fans.

The Pulp Fiction director, 59, appeared on HBO Max and CNN's Who's Talking To Chris Wallace? where he addressed controversy over the violence in his movies and having actors in his films use racial profanity.

"You talk about being the conductor and the audience being the orchestra. So when people say, 'Well there's too much violence in his movies. He uses the N-word too often.' You say what?" host Chris Wallace asked Tarantino.

Tarantino responded, "Then see something else."

"If you have a problem with my movies then they aren't the movies to go see. Apparently I'm not making them for you," the director said.

Tarantino was widely criticised for his 2012 film Django Unchained, which repeated the racial slur over 100 times.

Samuel L. Jackson, who has starred in many Tarantino movies including Django Unchained, has long defended his co-collaborator for sticking to his creative process.

"You can't just tell a writer he can't talk, write the words, put the words in the mouths of the people from their ethnicities, the way that they use their words," he told Esquire in 2019. "You cannot do that, because then it becomes an untruth; it's not honest. It's just not honest."

Django Unchained lead Jamie Foxx similarly told Yahoo Entertainment in 2018 that it was historically accurate. "The N-word was said 100 times, but I understood the text – that's the way it was back in that time."

Quentin Tarantino says Harvey Weinstein's actions were "pathetic", but he did not intervene

Elsewhere in Tarantino's interview with Wallace, 75, the director talked about co-collaborator Harvey Weinstein and the "pathetic" stories surrounding the disgraced movie mogul.

"I'd never heard the stories that later came out at all. I heard the same stories that everybody had heard.... I chalked it up to a Mad Men era version of the boss chasing the secretary around the desk," Tarantino said. "I'm not saying that's OK. There was never any talk of rape or anything like that."

Ultimately, the Kill Bill director said he didn't confront Weinstein because he "felt what he was doing was pathetic. And, I didn't want to deal with his pathetic-ness".

"It was easy to compartmentalise it to some degree," Tarantino said of the stories he heard about Weinstein. "I feel bad about it now.... I feel bad that I did not have a man to man talk with him about it."

Weinstein's second criminal trial is underway in Los Angeles, carrying intense testimony from accusers on the 11 sex crime charges he is facing.

The disgraced filmmaker is already serving a 23-year sentence handed down in New York after being convicted of sexual assault and third-degree rape in 2020. He was extradited in 2021 to a California county jail to face several more similar charges.

If Weinstein is found guilty by the jury of nine men and three women, he faces up to 135 years in prison, according to prosecutors. – USA Today/Tribune News Service 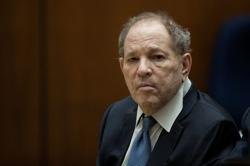 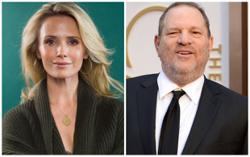