The sun is going down on Elton John's final North American show in the place where it all began – Dodger Stadium.

"Tonight is a very special night, a very emotional night for me," John said after playing Philadelphia Freedom on a grand piano centre stage and donning a bedazzled jacket with tails and sunglasses. "It has been a long journey."

The Rocket Man singer's third night at Dodger Stadium is even more poignant since the venue serves as the famous setting for John's 1975 breakout stadium concerts.

"This is a huge undertaking," says executive producer Ben Winston. "After such an unbelievable career, this is Elton saying goodbye to America. This is the last show of the last tour. There is a significant historical and emotional moment to that. And those 1975 gigs only add to that. When you think of Elton John on tour, you think of that show."

The Disney+ concert began with a 20-minute pre-taped interview with John and his partner David Furnish discussing why "he's hanging up his touring boots".

As for the million-dollar question as to whether John will continue to perform, Furnish spoke to Billboard ahead of Sunday's show and stated: "I know for a fact he will not be touring in any capacity. What you're going to see is the possibility of a special one-off or a small residency in one venue for a limited period of time." – USA Today/Tribune News Service

‘Dude I’m not dead!!!’: Britney Spears shoots down Millie Bobby Brown’s goal of playing her in a biopic 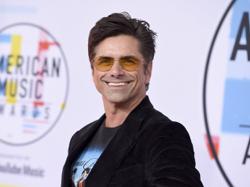 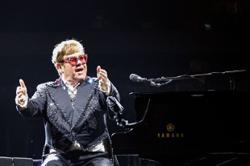