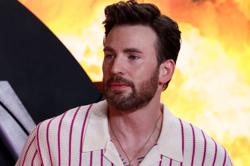 Chris Evans, who is 41 and single, said the title 'feels like a weird form of humble bragging'. Photo: Reuters

Evans, who is 41 and single, said the title "feels like a weird form of humble bragging”. However, he was eager to share the news with his biggest fan - his mum.

"My mum will be so happy,” Evans told People in an interview. "She’s proud of everything I do but this is something she can really brag about.”

Evans has grown in popularity over the years from starring in one of his first television series, Opposite Sex in 2000 to portraying Steve Rogers/Captain America, who was labelled "America's Ass" in the Marvel movie Avengers: Endgame in 2019.

Despite his many Hollywood accolades, the Gray Man star has aspirations outside of acting, which include marriage and fatherhood.

He added: "Some things you want just for you, or just for my family and my friends. The most enjoyable aspect of my career right now is feeling secure enough to take my foot off the gas. I feel like I have a bit more freedom to take time away from the industry and still find projects that will satisfy my creative appetite when I return.”

While he is one man who is uncomfortable using "sexy" in a sentence about himself, Evans, a Boston native, is not shy about expressing what he thinks makes his hometown a sexy place.

"So much history there! I love the accent. To me, the accent is home,” he said. "I love the weather. The seasons, the sports teams. But the sexiest thing about Boston ... maybe our universities. We’ve got a lot of good schools. Let’s give education a plug, that’s damn sexy.”

While Evans is still getting accustomed to his new seal of attractiveness, the actor told People he will look back fondly on the honour when he becomes "old and saggy”.

He told the magazine: "I’m lucky to be in the discussion in any capacity." – Reuters 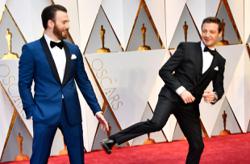