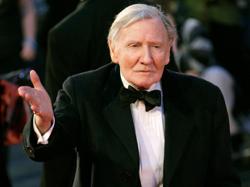 Although he considers film sets as a 'wonderful place for kids', Daniel Radcliffe reiterated how the fame that comes with being in the industry should be 'avoided'. Photo: AP

Harry Potter star Daniel Radcliffe reflected on the fame he experienced when he was a kid, and stressed how he wouldn’t want his future children to go through the same.

The British actor spoke about this as he looked back on his “upbringing in the film industry", in a recent interview with Newsweek for his upcoming film Weird: The Al Yankovic Story. Radcliffe’s co-star, American actress Evan Rachel Wood, was also present at that interview.

While he opposes the idea of his future children being famous at a young age, Radcliffe noted how he “dreams” for them to be exposed and be appreciative of the film industry.

“I want my kids — if and when they exist — would love them to be around film sets,” he told the publication. “A dream would be for them to come onto a film set and be like ‘God, I’d love to be in the art department. I’d love to be something in the crew.’ Some part of this, but not from that.

“And also, I think we’re saying this as people who have done alright and we’re still acting so clearly, we enjoyed it. But still, I wouldn’t want fame for my kid,” he added.

Although he considers film sets as a “wonderful place for kids”, Radcliffe reiterated how the fame that comes with being in the industry should be “avoided”.

“I think if you can get a situation where you’re on film sets without necessarily [thinking] ‘Oh, this is gonna be a big deal in your life’ — that’s great. Film sets are wonderful places,” Radcliffe stated. “But it’s really the fame side of it that should be avoided at all costs.”

Radcliffe started his acting career at the age of 10 when he portrayed the young David Copperfield in the 1999 TV series David Copperfield. He then rose to fame when he was cast to play the titular role in the beloved Harry Potter film series.

Meanwhile, he will portray “Weird Al” Yankovic in the musical biopic which will be streamed on The Roku Channel on Nov 4 in the United States. – Philippine Daily Inquirer/Asia News Network

Actor Leslie Jordan's cause of death being determined, fans flock to crash site 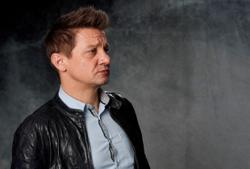