Stranger Things actor Caleb McLaughlin recently opened up about the racism he has experienced while starring in the hit Netflix series.

At Heroes Comic Con in Belgium, McLaughlin spoke Sunday (Sept 25) about how fans of the show have treated him differently than his non-Black co-stars over the years.

The 20-year-old performer, who plays Lucas Sinclair on Stranger Things, was 14 when the first season of the sci-fi series premiered on Netflix.

"My very first Comic Con, some people didn't stand in my line because I was Black," McLaughlin said in a video tweeted by @spideychalamet.

"Some people told me, 'I didn't wanna be in your line because you were mean to (Millie Bobby Brown's character) Eleven.' Even now, some people don't follow me, don't support me because I'm Black."

McLaughlin added that he has also felt the effects of bigotry and racism overseas. Since the first season of Stranger Things, McLaughlin's Lucas has been a member of the show's core friend group of kids battling supernatural monsters from the Upside Down in the fictional town of Hawkins, Indiana.

"It's hard to talk about and for people to understand, but when I was younger, it definitely affected me a lot," McLaughlin continued.

"You're like, 'Why do I have the least amount of followers? I'm on the same show as everybody from Season 1.' But then my parents had to be like, 'It's a sad truth, but it's because you're the Black child on the show.'"

Netflix did not immediately respond Tuesday to the Los Angeles Times' request for comment.

In addition to Stranger Things, McLaughlin has starred in Broadway's The Lion King, as well as the Netflix films High Flying Bird and Concrete Cowboy. Also a musician, he released his latest single, Soul Travel, in May.

"Because I was born with this beautiful chocolate skin, I'm not loved," McLaughlin said at Heroes Comic Con. "With my platform, I wanna spread positivity and love. ... I do not give hate back to people who gave hate to me." – Los Angeles Times/Tribune News Service 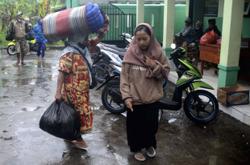 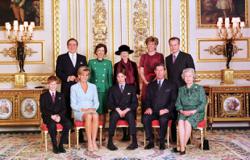