Brad Pitt has a love story in Bullet Train, the comedy thriller that was in cinemas recently.

Pitt's assassin character, Ladybug, becomes instantly enamoured with the high-tech smart toilet aboard the film's Japanese high-speed train. "I was like, we have got to make a smart toilet," Pitt tells USA Today.

"That was 100% Brad," says director David Leitch, who recalls being busy on the set when an excited Pitt hurriedly approached him.

The art department hastily set up the modern toilet, and the effects teams made the system work like the real thing.

"I've got to say, they rigged that up beautifully," says Pitt, who spent time riffing with the various features – water stream, air drying — before shooting scenes of Ladybug discovering them while hiding in the train's lavatory.

For a physical gag, the smart toilet winds up playing a major role in Bullet Train. Pitt was so inspired that he came up with an anti-toilet paper line for his philosophy-spouting assassin.

"I tried to get it in there, but it didn't make the movie: 'Toilet paper is such an antiquated concept. I don't know why we're satisfied with this,' " says Pitt, who can't decide on his favourite feature. "The water feature is just a gift and then the little fluff dry, I mean, what a pleasure." – USA Today/Tribune News Service 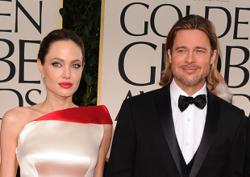 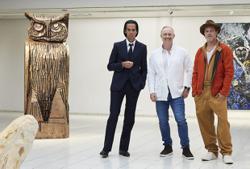