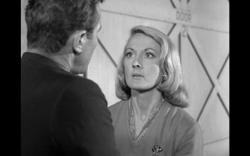 Robin Wright filed for divorce from her third husband, Clement Giraudet – who she married in 2018, TMZ reports.

The 56-year-old Princess Bride and House Of Cards star attributed the separation – which she listed as July 31 – from the 38-year-old Saint Laurent exec to “irreconcilable differences,” according to the outlet.

Wright is not looking for either party to be responsible for spousal support, according to documents viewed by TMZ.

She was previously married to her Santa Barbara co-star Dane Witherspoon. Her second, and much more notable, marriage was to Sean Penn, with whom she shares daughter Dylan Frances and son Hopper Jack.

Wright knows a thing or two about forging ahead.

She spoke to the Daily News last year about her feature directorial debut, Land, in which she also starred, noting that the film is all about “human resilience and a renewed sense of hope and faith that generally comes from another person and the compassion of another person in your life”.

A representative for Wright did not immediately respond to a request for comment.

Days before the divorce filing on Sept 22, Wright appeared at the Clinton Global Initiative 2022 meeting to discuss improving economic outcomes for women.

“I don’t want to embarrass her, but my husband told Robin the other night, ‘you’re my favourite president and my favourite princess',” Hillary Clinton said in introducing Wright, who’s also the co-founder of the sleepwear nonprofit Pour Les Femmes Foundation. “I mean, either one of those would be great with me.”

Wright has three upcoming projects in the pipeline, including the crime thriller Where All Light Tends To Go, which is slated to be released in 2023 and also stars Billy Bob Thornton. – New York Daily News/Tribune News Service 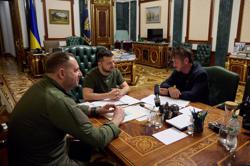 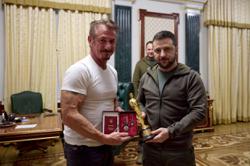