The actor’s agency Artist Company said on Tuesday (Sept 20) that he took a polymerase chain reaction test when he returned home. Photo: AFP

Squid Game star Lee Jung-jae, fresh off from winning an Emmy last week, has tested positive for Covid-19 after returning to South Korea.

The actor’s agency Artist Company said on Tuesday (Sept 20) that he took a polymerase chain reaction test when he returned home.

“He has currently halted all his scheduled activities and is in self-isolation at home in accordance with guidelines from the health authorities, ” the agency said.

Lee, 49, was named Outstanding Lead Actor in a Drama Series for the dystopian drama Squid Game (2021) at the Emmy Awards in Los Angeles on Sept 12, becoming the first Asian to clinch the award.

At the Emmy ceremony, he was with Squid Game director Hwang Dong-hyuk, who won Outstanding Directing for a Drama Series, as well as cast members Jung Ho-yeon, Park Hae-soo and Oh Young-soo.

Jung and Park have tested negative for the virus, according to South Korean media.

Woo-sung, who was on the same flight with Lee back to South Korea, tested negative for Covid-19. The 49-year-old actor had the virus in November 2021. – The Straits Times/Asia News Network 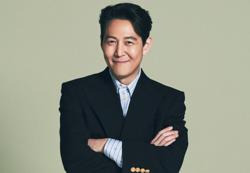