BlackPink is back in your area: Diving into its latest album ‘Born Pink’ is like biting into trick candy. – Photos: YG Entertainment Blackpink is officially back in your area.

The global K-pop sensation is back with its second LP, which dropped Friday. Aptly titled Born Pink, the eight-song set is born out of confidence, wildness, and slick, groovy and seasoned music.

With YG Entertainment producer Teddy at the helm along with 24, Danny Chung, Bekuh Boom and R.Tee, it was clear why it took two years for Blackpink to return with Born Pink and why it was worth the wait.

Jennie, Lisa, Jisoo and Rose, who burst out onto the scene as Blackpink in 2016, aimed to convey one message: Being pretty isn’t everything, and Blackpink is a team brimming with both beauty and talent.

Delving into the eight-track package was like biting into a trick candy: You don’t know what they’ll bring out this time, but it'll always be a sweet surprise.

Why? Because the group’s sophomore album highlights the essence of Blackpink.

The band’s prerelease single Pink Venom opens the door to its wide musical palette and offers its signature shade – the darker, "black" side of Blackpink. The song starts with Jennie’s roar, followed by Jisoo and Rose’s vocals and Lisa’s blazing fast raps that add to the tension, racheting up fans' expectations.

Track No. 2 will make music aficionados more pleasantly surprised. It’s a mixture of the old and the new – the blend of classic and trendy hip-hop beats, to be specific. Like how Jennie said, she hoped the excitement of the band’s first impression of the track would land well with people, and it indeed did.

It’s the type of music the band has never tried, but as much Blackpink was experimental, they were fluvial with the tunes. The retouched version of Niccolo Paganini’s La Campanella starts with a thin violin tune and builds up with frenzied and heavy hip-hop beats. Like the name of the titular track Shut Down, Blackpink kicked down the walls, inviting people to revel in its girl-crush charms.

But Typa Girl, the third track on the album, is even more hardcore hip. The lyrics share different stories about wealth and how it can captivate a man. In the second verse, Jennie and Jisoo’s ping-pong of low and high notes seem like the two girls are eager to show that they are “that type of girl” that can put men under their spell.

Co-written by Jisoo and Rose, the fourth track, Yeah Yeah Yeah, adds a dash of pink to the album’s dark ambiance. It’s a sophomore effort of the band’s Forever Young. It starts with Jennie, and later Jisoo, Rose and Lisa. The disco-like melody that gives off an ‘80s vibes enters at the 50-second mark and sketches a euphoric moment of young love and youthful energy. It reminds us of spending summer nights with a lover underneath the sparkling moonlight.

Hard To Love, the fifth track, is the shortest song on the album, lasting 2 minutes and 43 seconds. But the four-piece act proved that it doesn’t take too much to make it into people’s playlists.

Similar yet different to Yeah Yeah Yeah, the track is also – as corny as it sounds – about love. Unlike the previous songs, “Hard To Love highlights Rose’s angelic voice. “All of me. I can’t give that much, so don’t fall too hard because I’m hard to love,” she says. Also, the vintage guitar riff sounds in the song proves why the antique never goes out of vogue.

'Shut Down' is a mixture of the old and the new – the blend of classic and trendy hip-hop beats, to be specific. – Photo: YG Entertainment

The Happiest Girl is the only mellow ballad song and offers a glimpse into the band’s devotion to love. Swerving from “Hard to Love,” which declares, “do not love me,” the words to the sixth track say, “My heart only wants you,” showing the pain love can also bring.

Apart from the lyrics and melody, Jisoo’s falsetto with her deep husky voice when she sings “you say no,” along with Rose, make the song feel more soothing, leaving a deep impression on listeners. The two rappers – Lisa and Jennie – put down their forte and canvassed the melody with their low tones. Not only do their raps tug at people's heartstrings, but so do their singing voices.

The album suddenly changes genre to modern hip-hop with the rock-based track Tally. This song will likely have a special place in people’s hearts. All four members had moments to shine, infusing a fresh sound to Blacpink’s musical vessel. Jisoo, in particular, showed that it was time for her to shine. From dropping word bombs to conveying sad feelings, it’s perhaps one of the best pieces she has shown. The last track, Ready For Love, is impactfully and meticulously arranged from the start to the end. Lisa and Jennie’s raps perfectly blend with Rose and Jisoo’s vocals, instantly making you want to dance along to the rhythm.

Overall, Blackpink diversified with the new album. Not only were they experimental, they also showed an effortless prowess. Considering that it’s an album crafted by a K-pop girl group, the three R-rated songs prove that they don't just want to show their pretty side.

While the answer to if it’s the band’s best discography so far may be subjective, it doesn’t mean that Blackpink’s musicality has faltered. – Review by Park Jun-hee/The Korea Herald/Asia News Network

Blackpink is back in your area. 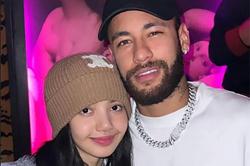 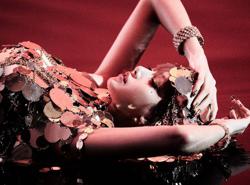