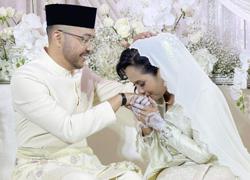 Actor Zul Ariffin says 'Juang' features all sorts of heroes who came forth during the pandemic. Photos: Handout

The movie Juang, which brings to life Malaysia’s Covid-19 journey on the big screen, is directed by five filmmakers and involves almost 500 industry players.

Hundred are main actors, 235 handle the supporting roles and 165 are crew members working behind the scenes.

Thanks to this amazing number, Juang was acknowledged by Malaysia Book Of Records for having the “Biggest Cast Members In A Feature Film”.

According to executive producer and actor Jack Lim, they got as many people from the local showbiz involved in Juang as many were jobless due to filming activities being halted for so long.

Lim told StarLifestyle: “A lot of the crew members are freelancers. So, we wanted to make a movie where we can hire a lot of people.

“With five directors, each director would bring their own favoured set of crew members. This way, we could get as many people involved as possible and let them know that the industry is not dead.

“As times were hard, we didn’t want the industry players to suddenly change jobs, as we’d end up losing all the experts in our field.

“Now that we are in the endemic stage, I am so thankful to see everyone is back to being busy. It’s great that many of them remained in this industry.”

There are multiple stories in Juang with each director managing different parts.

Mat Lai oversaw the hospital drama centring around nurses and doctors; Datuk Yusry Abdul Halim directed the storyline about two policemen whose jobs are often to diffuse a tense situation due to the public’s annoyance; and Aziz M. Osman took on the bit about a kind food delivery rider who tries to help people beyond her job scope.

Kabir Bhatia shot the airport scenes for the story of Malaysians at Wuhan boarding the plane to return home, while Osman Ali took care of the plot involving Lim’s character trying to get to the airport at Wuhan.

Lai explained how the shared ideas became one movie: “All five directors filmed at the same time.

“We had many discussions to make sure everything was consistent, that we were able to combine the scenes seamlessly as one story.” Jack Lim's portion in 'Juang' is based on real events.

Similar to how everyone worked together to make Juang a reality, actor Datuk Rosyam Nor acknowledged that the work itself showcases all the people in Malaysia, regardless of race and background.

“We are one family after all, and that is Malaysia,” he said.

Lim added: “I feel we are lucky because we are still alive. When this virus struck, a lot of people died.

“We should stop all the talk that divide us, because at the end of the day, we are all Malaysians.

“I hope we can work together, find a better future for all of us.

“I feel like we were given a second chance, let’s not waste it.” 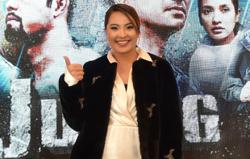