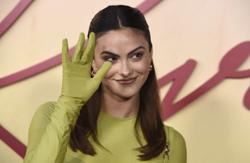 New Zealand filmmaker Peter Jackson has spoken up about why he was not involved in Amazon's upcoming fantasy prequel series The Lord Of The Rings: The Rings Of Power.

In a recent interview with The Hollywood Reporter's Awards Chatter podcast, Jackson said the studio did approach him for possible involvement in The Rings Of Power in 2018.

"They asked me if I wanted to be involved - (writer-producer Fran Walsh) and I – and I said, 'That's an impossible question to answer without seeing a script'.

"So they said, 'As soon as we get the first couple scripts, we'll send them to you.'"

Jackson said that was the last he heard of the scripts as he did not receive them at all. He said he bears no grudges against the new series and is excited to watch the show as a fan of the franchise.

"I'll be watching it. I'm not the sort of guy who wishes ill will," he said. "Filmmaking is hard enough. If somebody makes a good film or TV show, it's something to celebrate."

Amazon Studios has since responded to Jackson's comments in a statement, saying: "In pursuing the rights for our show, we were obligated to keep the series distinct and separate from the films.

"We have the utmost respect for Peter Jackson and The Lord Of The Rings films and are thrilled that he is looking forward to watching The Rings Of Power."

While the reasons for Jackson's non-involvement were not made public, sources close to the new series said a crucial factor was the objection by Tolkien's estate to having Jackson on board, The Hollywood Reporter reported.

The estate was not involved in Jackson's films, with Christopher Tolkien, the novelist's son and literary executor, previously critical of the "commercialisation" of his father's work in an interview with French newspaper Le Monde in 2012.

Christopher Tolkien died at the age of 95 in January 2020.

The Rings Of Power, which is set thousands of years before the events in The Hobbit and The Lord Of The Rings, debuts on Sept 2 on Amazon Prime Video. – The Straits Times/Asia News Network

Lord Of The Rings , The Rings Of Power , Amazon Prime 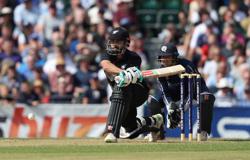