Super Junior’s agency, Label SJ, released official statements on Saturday in both Korean and English, on the unexpected passing of Eunhyuk's father, explaining the subsequent absence of the member from the group’s concert in Manila.

"It is with great sadness that we inform you of the passing of Eunhyuk's father," the statement said. "Due to the sudden news, Eunhyuk was unable to depart for the concert scheduled for today."

The agency later followed up with another statement to officially postpone the concert.

"After many long discussions between the promoter and the Super Junior members, we both agreed it'll be difficult to properly hold 'Super Junior World Tour - Super Show 9: Road in Manila' as scheduled," the statement said, adding that the remaining members would hold a meet-and-greet session with their fans at the venue instead.

The K-pop group was praised by fans worldwide for their professionalism in handling the situation. The members appeared at the venue to personally address the issue and expressed their gratitude to their fans. According to fan reports, the members also gave speeches to their fans as well as performed three songs on stage.

On July 12, Super Junior made their long-awaited comeback with their first chapter of the 11th studio album, Vol. 1, The Road: Keep On Going. The album contains a total of five tracks including the title track Mango.

The group began their world tour with a concert in Seoul in July, and was scheduled to conclude the tour in Jakarta, Indonesia. The agency has yet to announce the new date for the Manila concert. 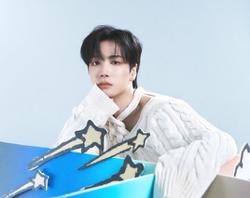