The former Spice Girl criticised the media scrutiny over her body and lifestyle. Photos: Victoria Beckham/Instagram

Former Spice Girl Victoria Beckham has opened up about the media fascination surrounding her weight in an interview with Vogue Australia magazine, saying she was once coerced into weighing herself on a British television show.

In the interview, an excerpt of which was shared by news outlet The Australian ahead of Vogue Australia's July issue, the 48-year-old said the incident occurred soon after the birth of her first child, Brooklyn, in 1999.

It was during an appearance on a television show hosted by British radio and television presenter Chris Evans.

"I'd just had Brooklyn and lost a lot of weight after. It happened to my mum after her pregnancies. It doesn't mean you have an eating disorder. And [Evan] made me stand on the scales to be weighed. Can you imagine doing that nowadays?" she said.

A clip from the show on YouTube verifies the occurrence of the incident back in May 1999.

Around the same time, Beckham added, newspapers ran articles focusing on her body. "There was a picture on the front page of a newspaper pointing to every single part of my body where I had to focus on losing the weight from ... I've had 'Porky Posh' on a headline, I've had 'Skeletal Posh'."

The former Spice Girl, who is married to football star David Beckham and have four children with him, has forged a successful career as a fashion designer after ending her singing career. Yet, there continues to be great scrutiny over her body and lifestyle.

She noted that a recent podcast in which her husband talked about her diet resulted in another wave of discussion and criticism.

The former footballer said: "I get quite emotional about food and wine. When I'm eating something great, I want everyone to try it.

"Unfortunately, I'm married to someone that has eaten the same thing for the last 25 years. Since I met Victoria, she only eats grilled fish, steamed vegetables. She will very rarely deviate away from there."

But Victoria Beckham dismissed that as a "boring" interpretation of her real diet.

She said: "What he meant is that he's never met anyone who's more disciplined with the way that they eat. I eat lots of healthy fat: fish, avocado, nuts, that sort of thing. I do drink alcohol, unless I have a reason not to." – The Straits Times/Asia News Network 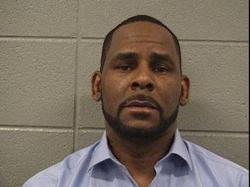