Sandra Bullock (left) first spoke about taking a hiatus when she was promoting 'The Lost City'. Photo: Handout

The break is the real adventure.

Sandra Bullock is opening up about her recently announced decision to take a bit of a hiatus from the spotlight following the success of The Lost City, so she can focus on kids Louis and Laila.

“I don’t want to be beholden to anyone’s schedule other than my own,” the 57-year-old Oscar winner, who also produced the romantic comedy action-adventure, recently told The Hollywood Reporter.

“I’m so burnt out. I’m so tired, and I’m so not capable of making healthy, smart decisions and I know it.”

Asked how long her hiatus will last, Bullock told the outlet: “I really don’t know.”

“Work has always been steady for me, and I’ve been so lucky,” Bullock explained. “I realised it possibly was becoming my crutch.”

She equated her relationship to her career to “opening up a fridge all the time and looking for something that was never in the fridge.

“I said to myself, ‘Stop looking for it here because it doesn’t exist here. You already have it; establish it, find it and be OK not having work to validate you,’” she shared.

The Lost City, which has surpassed US$100mil at the North American box office, centres on Bullock as a grieving romance writer who finds herself kidnapped by a mad billionaire, only to end up on the run with her ditzy but sweet cover model (Channing Tatum).

Bullock first revealed her plans to take it easy in March, while promoting the film.

“And we don’t know how long or how short, but that’s where I’m gonna be for awhile.” – New York Daily News/Tribune News Service 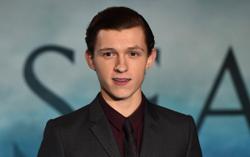 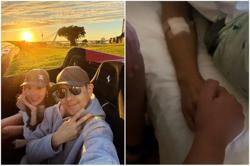