The four Heavenly Kings – Jacky Cheung, Andy Lau, Leon Lai and Aaron Kwok – are rumoured to be reuniting on stage for the first time in 15 years for the 25th anniversary celebration of Hong Kong's handover to China.

Lau had previously expressed his dream of bringing the four singer-actors back together in 2019.

They are on an unverified list of performers and hosts of the upcoming gala event on June 30, which has been circulating on Weibo.

Hosts for the night reportedly include household names such as Eric Tsang and Liza Wang from Hong Kong, and Long Yang and Nigermaidi Zechman from China. – The Straits Times/Asia News Network 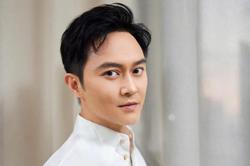