'Proof' review: Latest from BTS offers throwback to past, invitation to future

'Proof' is the evidence of K-pop megastars BTS’ unwavering pursuit of its dreams. – Photo: BigHit Music 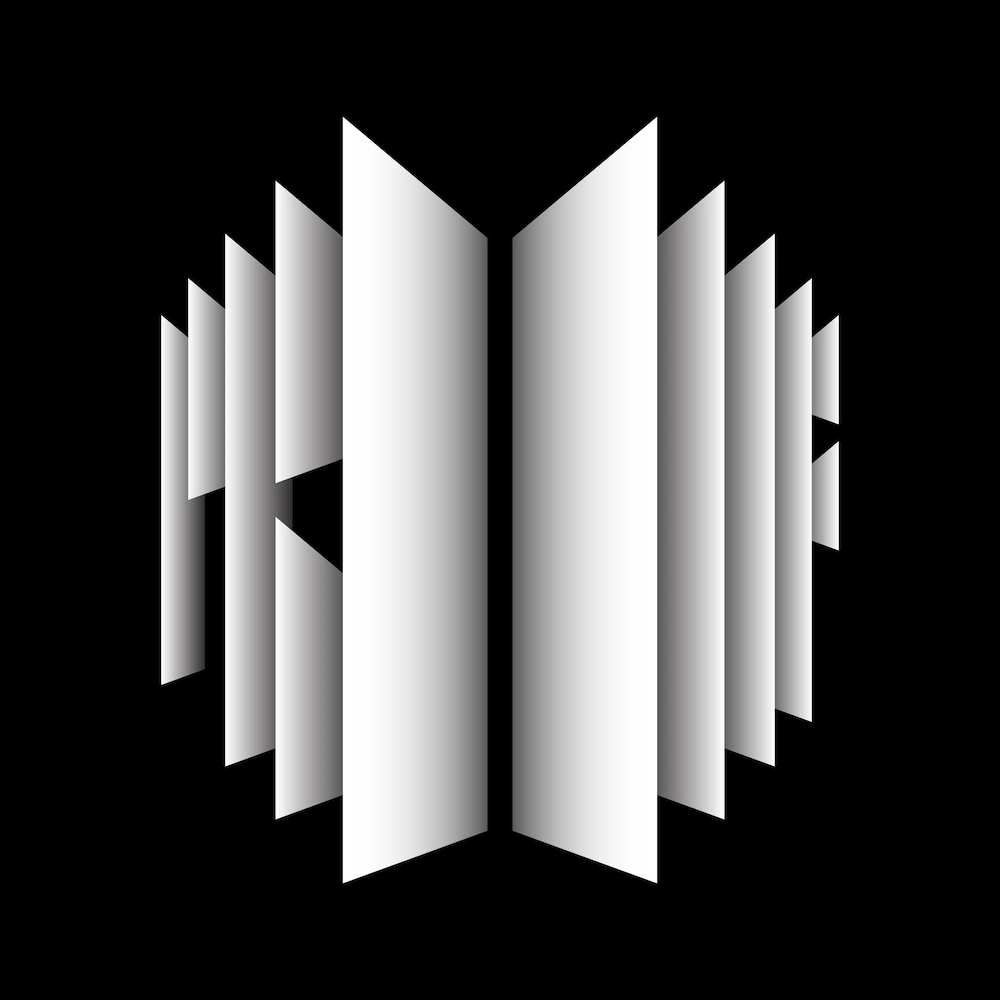 On June 13, 2013, BTS debuted on the K-pop scene with No More Dream, leading the band’s debut EP, 2 Cool 4 Skool. A month later, the band unveiled for free online the single Born Singer, through which they voice their honest feelings about debuting and pledge to keep striving for their dreams as musicians.

Nine years later, the song, which had sampled J. Cole’s Born Sinner, is officially released as the first track of the band’s anthology album, Proof, released on Friday. While time has passed, BTS’ lyrics’ messages and emotions delivered through their songs do not seem to stray far from the music that it has released in recent years. For the past nine years, the band has stayed on a single path of its own. Proof is the evidence of BTS’ unwavering pursuit of its dreams, which it promises to continue doing in the future.

Deviating from the usual vivacious dance tunes of the band’s recent title songs, Yet To Come leans to a softer and more poignant tune, with the notes pleasantly knocking on the ears – similar to those of Spring Day and Life Goes On.

While the soft alternative hip-hop tune may feel bland to those who expected more of the band’s dance-pop hits such as Dynamite and Butter, it plays more like background music as the act reminisces on its journey, and as it braces for the next chapter of its musical odyssey.

The Yet To Come music video strings together iconic moments from the band’s past discography, with members revisiting past moments in the present. Jungkook starts the video with a familiar hand gesture – the one from the 2015 Hwa Yang Yeon Hwa On Stage: Prologue video. Visible through Jungkook’s fingers are the seven members seated in a familiar arrangement in the barren desert -- the one from the 2014 Just One Day music video.

The video continues to connect the dots, showing Jin in the truck he’d driven in the Run (2015) video, facing again the angel statue from Blood Sweat & Tears (2016). Meanwhile, Suga is reunited with his first love, the old brown piano, that appeared in First Love (2016). RM appears in front of the blue trailer box which he had walked by in Run, while the train from Spring Day is also present on the sands with J-Hope.

While V had covered Jin’s eyes with his hands in Blood Sweat & Tears, six years later, in Yet To Come, Jin removes his hands to present to V none other than the symbol of BTS’ start – the yellow school bus from their very first music video, No More Dream. BTS’ first chapter ends where it began nine years ago, as the boys stand together in front of the bus. They are not in the dark and heavy make-up from nine years ago, but donning shiny white suits that match their joyous expressions.

The final scene cannot be more iconic, as the septet is back on the bus, seated in the same arrangement from Spring Day, ready to set off for their next destination that is still yet to come. 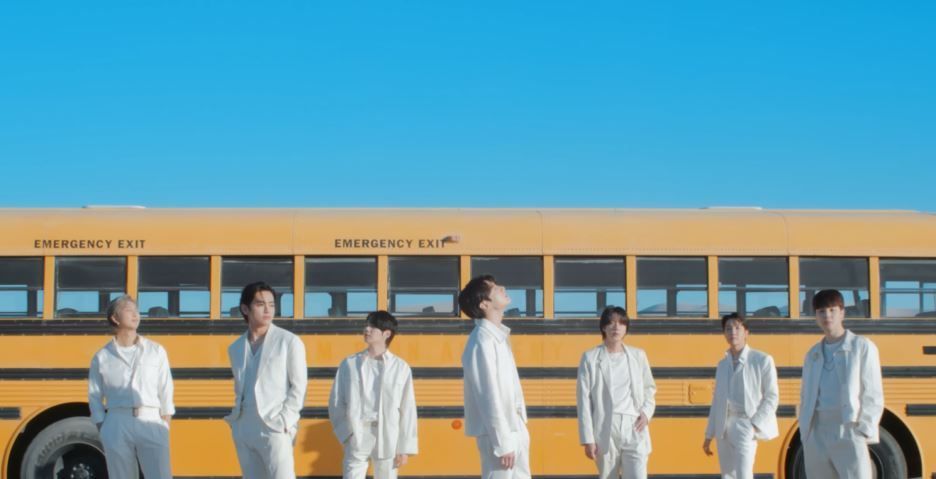 Looking back on BTS’ anthology through Proof and its lead single, it leads to the message that however far BTS has come in terms of musical growth and success, the seven are still the same and will continue to be so.

Through the lyrics of Yet To Come, the members acknowledge the weight of their accomplishments they have achieved, yet speak honestly about feeling burdened by them.

"Full of these unfamiliar names/ Now they just feel heavy/ We just loved music/ We’re just running forward," the members sing. "Somewhere deep inside your heart/ There still lives a young boy/ My moment is yet to come/ Yet to come."

What really strings the three-CD package, and the anthology of BTS, together is the core message the band has continued since their debut: Following one’s dream, striving tirelessly for it and never losing the self-trust and faith in the world.

With that as the underlying message, the album Proof showcases the past nine years of the septet from different viewpoints.

The first CD chronicles the highlights of the band’s expansive career from the band’s title songs to their biggest hits. The 19-track record starts with Born Singer, which voices their honest emotions following their debut, and ends with Yet To Come, promising more to come in the future. 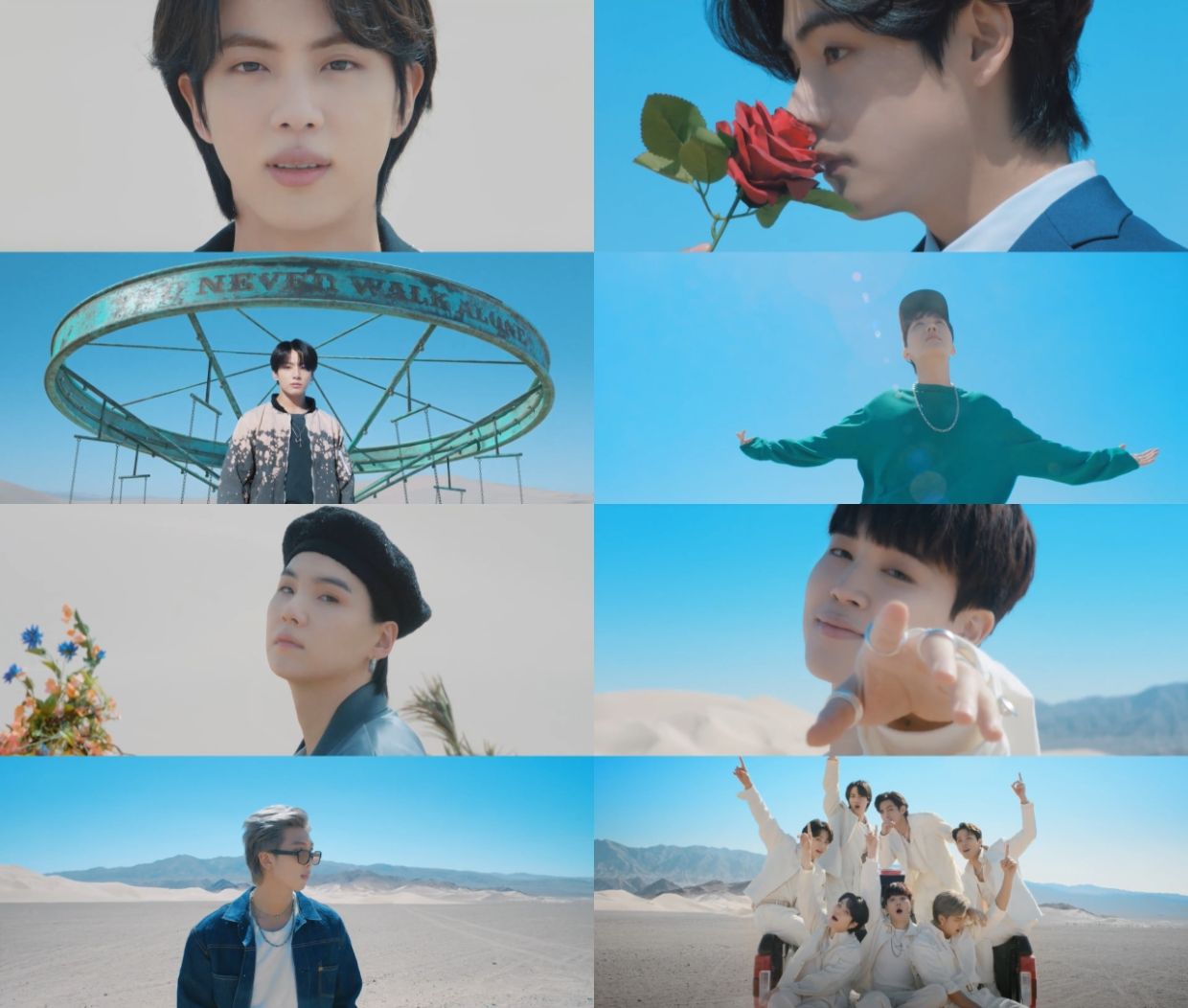 The second CD shows the seven musicians in greater focus, with each of the members selecting solo and unit songs that are of special significance to them. Kicking off the second part of the album is another new song, Run BTS, reminiscent of their hip-hop roots. The lyrics are a hard-hitting retelling of the resilience and survival they have gone through in the nine years – so much so that the song was banned from being aired by the state-run KBS.

The third part of the album is a gift for the fans, filled with unreleased demo tapes and never-before-heard versions of past songs available only on the physical CD. Marking the finale of the pack is the last new song For Youth – perhaps the real surprise of the album. The song starts off with what sounds like an audio clip of what BTS members picked as their most memorable moment: when 90,000 fans sang along to Young Forever at London’s Wembley Stadium in 2019. After three years, the members finally return the overwhelming emotion and gratitude they had felt then to fans with For Youth.

Following the release of Proof on Friday, Suga said people should listen to the 48 tracks in sequential order, to follow the trail of the act’s growth over the past nine years. Arriving at the end of the journey through time, the real message delivered through the album becomes evident. It’s BTS’ gratitude to its fans, the Army, who have been with them the whole time from the start until now. Every moment BTS and Army were together have been the best, yet the future to come is even brighter. – Review by Choi Ji-woon/The Korea Herald/Asia News Network

Proof is evidence of BTS’ unwavering pursuit of its dreams.

'Chucky' review: Takes a winning stab at being a friend to the end