The outspoken opponent of anti-Asian sentiment is the daughter of a Vietnamese refugee and was primarily raised in Tokyo, Japan. Photo: Olivia Munn/Instagram

The actress on Monday (Jan 24) condemned an online attack after a hacker interrupted an AAPI advocacy webinar she was hosting with racist imagery and hateful audio messages.

“Today while hosting a gathering of AAPI women and allies in a conversation about how to stop anti-Asian hate, we were targeted by a zoom bombing of horrific, violent, racially charged images and audio,” she revealed Monday.

“While it momentarily disrupted our event, we later resumed because these malicious acts will not stop the conversation,” Munn shared on Instagram. “We were communing to celebrate, elevate and protect the AAPI community and we were subjected to a hate crime in real time. It was a cowardly and unconscionable act.”

She didn’t offer further specifics about the offensive incident.

“But to be clear, the conversation WILL go on,” the 41-year-old first-time mum attested.

An outspoken opponent of anti-Asian sentiment, the American is the daughter of a Vietnamese refugee and was primarily raised in Tokyo, Japan.

“Cheap tactics like these won’t stop our quest for equality, equity and to stop Asian hate,” she added.

Munn also shared an infographic from the organisation, which revealed that 78% of AAPI women have been affected by anti-Asian racism, with 28% reporting of being called a racial slur, while 26% said they felt unsafe walking outside. Some 18% of respondents experienced discrimination or harassment at work.

Since Covid-19 began at the end of 2019, hate crimes against Asian-Americans have been on the rise, due in part to racist rhetoric by former president Donald Trump, who often referred to coronavirus as “Kung Flu” or the “China Virus.”

NPR reported that more than 9,000 anti-Asian incidents had been reported since the pandemic began. – New York Daily News/Tribune News Service 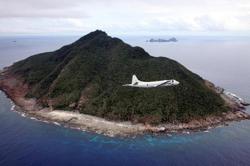