The actress with the Malaysia's Most Favourite TVB Actress award. Photo: Linda Chung/Instagram

Actress Linda Chung has said she was not disappointed even though she missed out on TVB Anniversary Awards' Best Actress accolade for the 11th time.

Chung, 37, was the hot favourite going into the awards on Sunday (Jan 2), as she was widely commended for her role as a doctor in the medical drama Kids' Lives Matter.

However, the prize went unexpectedly to actress Rosina Lam, for her role in the contemporary drama Battle Of The Seven Sisters.

In interviews with the Hong Kong media after the ceremony, Chung said she was not disappointed and was thankful she could attend the awards.

The actress, who is based in Canada, added that she did not know when she would return to Hong Kong again.

Chung has been in the Hong Kong entertainment industry for 17 years.

"In fact, all the nominated actors have been my colleagues and friends," she said. "After acting for so many years, I know it takes lots of hard work to reach a stable position, so every actor who wins an award has put in his or her own effort."

The actress said she used to get nervous about awards in the past, but has become calmer after becoming a mother.

Chung, known for acting in television serials such as Forensic Heroes (2006), Heart Of Greed (2007) and A Journey Called Life (2008), is married to chiropractor Jeremy Leung. They have two children – Kelly, five, and Jared, three.

"I have learnt to enjoy the show without sweating and my heart pounding," she said. "I am sincerely happy for every winner as I feel I have grown further."

However, many netizens in Hong Kong do not feel this way, with many of them heading to broadcaster TVB's social media platforms to say that Chung is more deserving of the Best Actress award.

More than 20 of her fans also turned up at TVB City after the ceremony to express their support for her, carrying banners of "Our Best Actress" and celebrating the occasion with her with champagne.

Lam, 34, in winning her first Best Actress prize, said that all the nominated actors were excellent and any one of them would be deserving of the prize.

"I was happy for Linda when she won the award (for Malaysia's favourite actress)," she said. "We enjoyed a good relationship when we worked together on (TV serial) Missing You nine years ago." – The Straits Times/Asia News Network

Is HK celeb couple Vincent Wong and Yoyo Chen's marriage in trouble or not? 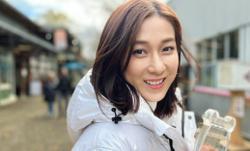 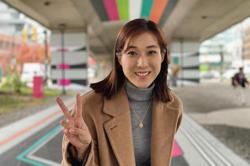