(From left) WandaVision, Ted Lasso and Only Murders In The Building. Photos: Handout

After a year of pandemic-induced production delays, television came roaring back in 2021 with some truly incredible viewing experiences.

Sure, there's way too much TV out there and it's all spread out in a way that makes it practically impossible to tell what's available where.

But on the other hand, more options should (and generally does) lead to a greater likelihood of finding genuinely great shows.

The television landscape may not be perfectly laid out, but at least there was a lot to celebrate this year.Without further ado, here are my top 10 shows of 2021. If you disagree, feel free to let me know!

Anyone who follows me on Twitter knows that I'm a big fan of Anna Kendrick's work. So when I say that a show whose first season starred her arguably got better after shifting the focus toward another character, you know it must be a serious recommendation.

Creator Sam Boyd should be commended for coming out strong with Season Two of Love Life, which turned out to be a tremendous acting showcase for both William Jackson Harper (Chidi from The Good Place) and former The Daily Show correspondent Jessica Williams. Most impressively, season two of Love Life featured quite possibly the best episode of television that dealt directly with the Covid-19 pandemic/events of 2020 to date. Yes, even this Pittsburgher had to admit that HBO's buzzy murder mystery set in the Philadelphia suburbs was one of the most superb TV outings of 2020. It's tough to go wrong when you have an actor of Kate Winslet's calibre at the centre of everything playing a tormented local detective in a role that deservedly won her an Emmy.

Very few shows evoke a sense of place like Mare Of Easttown, nor are very many shows capable of crafting such believable character dynamics around a central crime. Also, shout out to Evan Peters as Detective Colin Zabel for delivering one of the most convincing drunken monologues you'll ever see on the small screen. (HBO Go)

Hopefully the internet discourse around season two of Ted Lasso didn't keep folks from checking out one of the most simultaneously heartwarming and emotionally wrenching television comedies to come around in a long time. There's a reason this one cleaned up at the 2021 Emmys; it really is that good.

Jason Sudeikis' Ted Lasso trying to maintain his sunny disposition while grappling with his past trauma made for some of the year's most memorable moments. And Brett Goldstein's Roy Kent spent season two making a compelling case for being the year's breakout fan favorite television character for his gruff yet gentle touch both on the pitch and in his personal life. (AppleTV +)

Look, sometimes you don't need a TV comedy to teach you larger lessons about the human condition. And no TV comedy brings pure laughter at the level and volume of Curb Your Enthusiasm. Even 11 seasons in, that show is still as special as they come.

Larry David's shenanigans this year have already included the man alienating Netflix executives over a bathroom dispute, introducing Woody Harrelson to a Ku Klux Klan member and getting into a fight with a female driver because he thinks having her carry his bags is a bad look. Even after all these years, Curb is still pretty, pretty, pretty good television. (HBO Go)

Even in a comedy year mostly dominated by Ted Lasso, Jean Smart's towering performance as veteran comedian Deborah Vance in Hacks managed to bully its way into Emmy voters' minds enough to earn her an outstanding lead actress in a comedy series trophy — and rightfully so.

Hacks is a sometimes sweet, sometimes prickly tale of Deborah trying to maintain her career's relevancy with the help of a young comedy writer (Hannah Einbinder) whose views on how to be funny in 2021 are often antithetical to hers. The first season made for a fun, emotionally resonant generational clash that came out of nowhere to become one of the year's best television offerings. (HBO Go)

WandaVision was the first Disney+ Marvel Cinematic Universe series and is still by far the best of the bunch. The story of Elizabeth Olsen's Wanda Maximoff grieving for the loss of her synthezoid boyfriend Vision (Paul Bettany) by essentially enslaving a small New Jersey town into living out her childhood sitcom fantasies is trippy, compelling and offers some of the only true emotional payoffs across any MCU film or show.

It also happens to feature an all-time MCU performance from Kathryn Hahn as Agatha Harkness, whose Agatha All Along theme song is top-10 worthy on its own. Marvel might have accidentally set its bar too high for these Disney+ experiments right from the start. (Disney+ Hotstar) 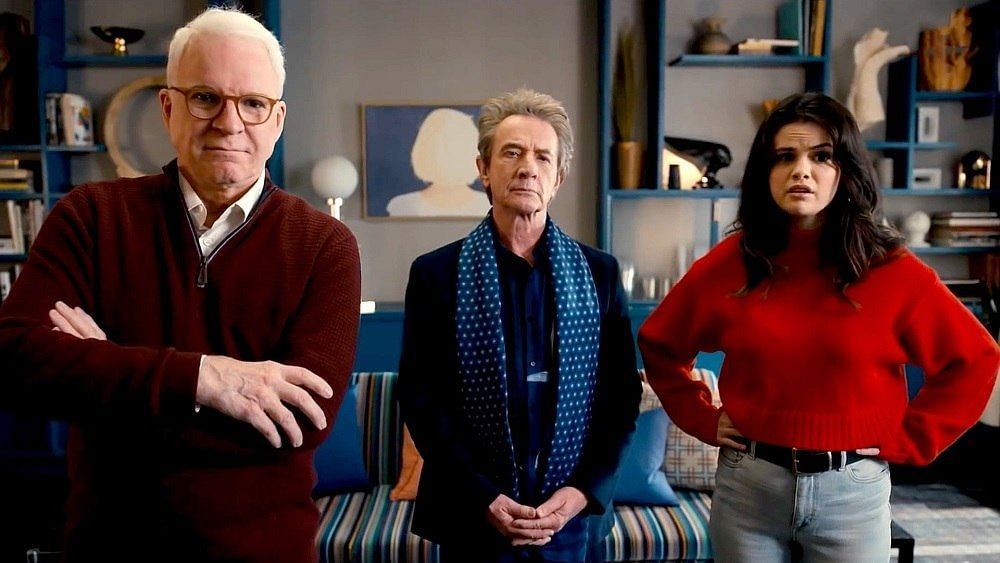 Only Murders In The Building.

4. Only Murders In The Building

What could have been a setup for a joke that barely filled a Saturday Night Live sketch turned out to be a funny and poignant murder romp that somehow managed to make a growing friendship between Steve Martin, Martin Short and Selena Gomez seem natural and totally normal.

The Arconia was also populated with a fascinating cast of weirdos who just loved to derail the main trio's investigation. As a big fan of true-crime podcasts, this one just hit all the right spots for me. (Disney+ Hotstar)

It's hard to go wrong when your show is led by the deft hand of Robinson native Michael Keaton in a performance as a small-town doctor grappling with a nationwide opioid epidemic that has already earned him a Golden Globe nomination and is sure to garner more accolades as awards season continues.

Dopesick takes a sweeping look at the opioid crisis from the very top of the pharmaceutical food chain to the folks whose lives have been altered or ended prematurely by opioid addictions. There should always be a place for straightforward, adult TV that doesn't need to get by on bombast, and Dopesick was one of 2021's best examples of that. (Disney+ Hotstar)

Just thinking about the emotional highs and lows of this one almost a year after it dropped on HBO Max is enough to make you simultaneously want to celebrate life and cry hysterically. Set in the United Kingdom during the height of the AIDS crisis, It's A Sin follows a group of friends trying to navigate being young and free as many of their peers succumb to the mysterious virus that seems to mostly be affecting the LGBTQ+ community.

Olly Alexander, Lydia West and Callum Scott Howells put in some of the best work available on a screen of any size last year. It's a tough watch, but an important one and something every fan of serious TV should seek out as soon as possible. 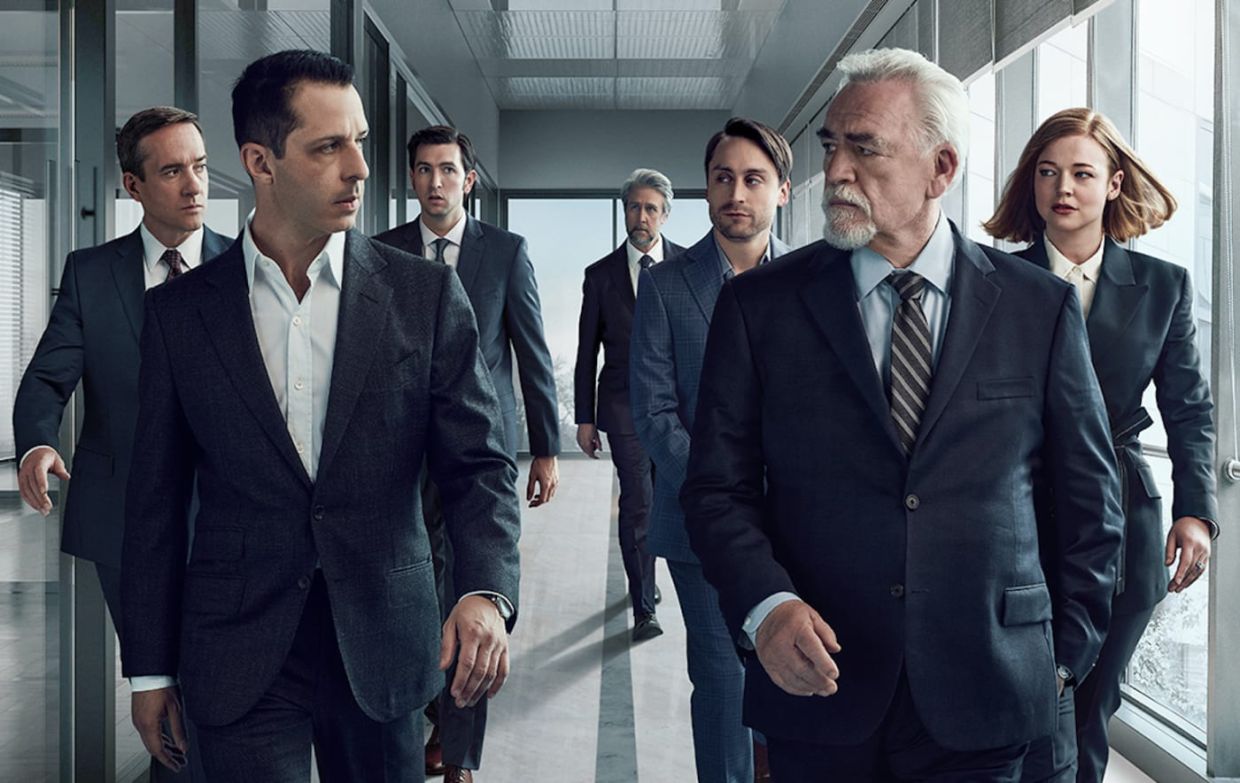 There was really no competition this year regarding what would top this list. Succession is the only week-to-week show that demands being watched live, both due to avoiding spoilers and because its narrative is so compelling that it's hard to imagine waiting any longer to see what comes next. Its season three finale that aired earlier this week cemented it as not only the best show of 2021, but possibly one of the five or so best pieces of content HBO has ever given us.

Emmys all around on the acting front, especially to Brian Cox, Jeremy Strong, Kieran Culkin and Sarah Snook. This show is just about the best blend of atmosphere, direction, writing, acting and music television has produced since the last TV "golden era" that gave us the likes of Mad Men, Breaking Bad and The Wire.

Succession already deserves to be mentioned in the same breath as those critical darlings for all it has accomplished this early into this run. (HBO Go) – The Pittsburgh Post-Gazette/Tribune News Service