Arnold Schwarzenegger and Maria Shriver are finally divorced, a decade after filing

Arnold Schwarzenegger and Maria Shriver are finally, officially divorced, more than a decade after California’s former first lady filed her request to end their marriage.

News of the couple’s separation, with no real explanation behind it, came in May 2011, about four months after the Governator ended his second term as leader of California. The couple had been married for 25 years and had four children together: Katherine, Christina, Patrick and Christopher.

Two storylines – his and hers – began to emerge about the split. Was it a loving marriage that broke up over time, or an unhappy one that hit a breaking point when Shriver’s father died in 2009 and the couple later transitioned back to private life? The answer was unclear.

Shriver filed for divorce on July 1, 2011, the Friday before a holiday weekend, seemingly aiming to keep the news as low profile as possible. It was in keeping with the couple’s separation statement, which said in part, “We consider this a private matter and neither we nor any of our friends or family will have further comment.”

The divorce went off the radar for a while, until news broke in September 2012 that Schwarzenegger had fathered a child – Joseph Baena, who looks remarkably like his dad – in 1996 with the couple’s married housekeeper, Mildred Baena. Shriver had been pregnant at the time.

Mildred Baena and her husband, Rogelio, separated shortly after Joseph was born and divorced in 2008. Schwarzenegger claimed he didn’t know Joseph Baena was his child until the son started looking exactly like his biological father.

It turns out that Shriver and Schwarzenegger separated shortly after he confirmed that information to her in a counselling session in 2011.

“The minute we sat down, the therapist turned to me and said, ‘Maria wanted to come here today and to ask about a child – whether you fathered a child with your housekeeper Mildred,’” Schwarzenegger wrote in his memoir Total Recall: My Unbelievably True Life Story.

According to The Terminator actor, he told Shriver, “It’s true,” then added that she was a “perfect wife” who still turned him on. But the damage was done, it hadn’t been his only affair, and his apologies didn’t turn the breakup tide.

The couple wound up turning their complicated divorce proceedings over to a private judge. Since their split, both former spouses have been in new relationships.

As for why it took so long, TMZ reported Tuesday that it was a lack of motivation combined with a complicated property settlement. Schwarzenegger and Shriver were worth about US$400mil (RM1.6bil) together, the website said, and had no prenup. – Los Angeles Times/Tribune News Service

‘I do not want my grandchildren to be in showbiz’, says Fauziah Nawi 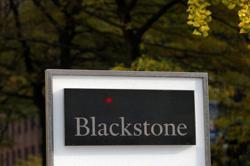