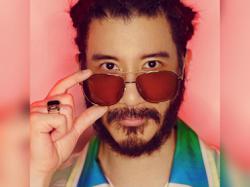 The lavish period drama, which cost upwards of 300mil yuan (RM199mil) and eight months to make, was supposed to have aired in summer. Yang plays a detective on the run, while Wu's role was of a prince she works with to expose a serial killer.

The entire show was shelved after Wu, 31, was arrested in August for rape after his sex scandal came to light. In an explosive expose on Weibo in July, a woman named Du Meizhu wrote about Wu plying her with alcohol and raping her, and also said that he had done the same to other young girls.

While there was initially talk of digitally altering his face, the idea was abandoned as it would not have appeared realistic and would have been costly.

Lin, who is 1.86m tall, just 1cm shorter than Wu, and has a similar lean build, will have to reshoot all the scenes, according to a report in Hong Kong news portal Oriental Daily. He was chosen for his clean-cut looks and healthy image.

However, the 33-year-old was reportedly reluctant to take on the tainted role. The producers of the show, Tencent Video, Xinli TV and Phoenix United Pictures, were said to have sweetened the deal by offering him two other series as well.

Fans of Yang, 29, who had been looking forward to the blockbuster series, applauded the move, as they felt she was an innocent bystander who had been dragged into Wu's scandal.

She, too, will have to reshoot scenes with Lin, but is currently tied up with another project. – The Straits Times/Asia News Network