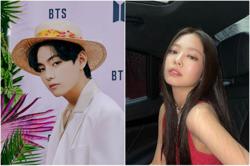 She says she has tried reading, listening to soothing music and counting sheep to get herself to sleep. Photo: Li Bingbing/Weibo

Chinese actress Li Bingbing has sparked concern among her fans after she said on social media that her health has not been good in the past few years.

In a Weibo post on Monday night (Nov 22), the 48-year-old said she had just completed five days of shooting for a Chinese variety show, which its Chinese title translates as Encounters In A Corner Of The World.

"In the midst of all these true stories during these five days, I seemed to use every opportunity to vent my inner frustrations," she wrote.

"I hardly cry, but I shed a few years' worth of tears, feeling like crying is also a way of detoxing."

The actress said that while she has been feeling poorly, there were no major problems detected when she went for health checks.

"I would get tired for no reason, my eyes hurt and I would feel weak and fear the cold and wind. The worst thing is not being able to sleep," she said.

"This condition of 'being sick while not sick' and 'not sick while being sick' almost broke me. On the subject of 'sleep', the mention of this word strikes fear in me."

Li has acted in Hollywood movies such as Resident Evil: Retribution (2012) and Transformers: Age Of Extinction (2014).

She said she has tried reading, listening to soothing music and counting sheep to get herself to sleep, but they only worked for a few times.

She added that a friend recently referred her to a sleep specialist who prescribed her a strong drug. It did not work and she remained awake till daybreak.

"I lost hope totally," she wrote. "What should I do if I can't even sleep with such strong medicine?"

However, she noticed on Monday night that she was not afraid of the cold while taking a bath.

"Will I no longer fear the cold and wind from now on?" she said, and wondered if she had been healed.

Li's most recent movie credits were horror thriller Guardians Of The Tomb and action film The Meg in 2018.

She confirmed in March (2021) that she had broken up with her boyfriend, who is 16 years her junior, after dating for four years. – The Straits Times/Asia News Network