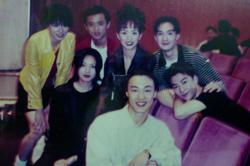 Eddie Lau sharing a picture of him with the late Cantopop diva Anita Mui on his Instagram. Photo: Eddie Lau/Instagram

The life of Hong Kong singer Anita Mui – who passed away in 2003 at the age of 40 due to cancer – is depicted in the biopic Anita, which opens at cinemas nationwide on Nov 18.

Anita looks into the superstar’s life – on the stage beloved by fans, as well as beyond the stage involving her love life, her passion for work and her loyalty towards her friends.

One of her close friends was none other than her stylist Eddie Lau, the man who created many of Mui’s iconic looks.

The 70-year-old Lau – who has shared a number of photos and videos of Mui on his Instagram – recently gave an interview to talk about the time he spent with the late singer-actress, noted a Singapore media outlet.

One of the things he spoke about was scolding Mui whenever he felt the artiste did something wrong, adding that Mui never talked back to him.

According to Lau, Mui was a loyal and generous person who didn’t mind lending money to friends in need.

Although he would tell her off for never saying no to these friends, as more and more approached her for a loan, Lau shared that Mui continued lending them money without his knowledge.

“Of course, I was very fierce to her. I told her ‘You started singing when you were four, and even though (you’re successful) now, you have to remember how tough it was when you were younger.

“You can’t just lend money to every friend who approaches you with a sob story about how their business isn’t doing well. In the 80s, HK$1mil was not a small sum,” he was reported saying.

“I didn’t mean to be fierce to her, I just didn’t want people to take advantage of a good girl (like her).”

IU, BTS' J-Hope and Hyeri among Korean celebs who make generous donations on their birthdays 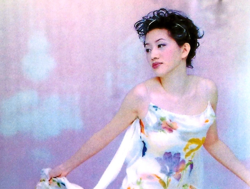