Tony An is currently single and has chosen to focus on his career as a television personality. Photo: Tony An/Instagram

Tony An paved the way for K-pop boy bands today when he made his debut with group H.O.T in 1996.

Throughout the time, An kept his dating life private and had never shown any interest in relationships. During the talk show Oh Eun Young's Golden Counseling Room on Oct 29, he explained why this was so.

The former boy band member revealed that he has fear of marriage due to his parent's divorce. "Sometimes I think about getting married but I always end up second-guessing myself if I could be a good husband and father," he told talk show host Doctor Oh Eun-young.

The 43-year-old recalled his parent's relationship: "I was six when my parents divorced and I have had four mothers in my life. My biological mother and three stepmothers." An was afraid of repeating his father's mistakes and hurting the people around him by failing as a husband and a father.

The star added that his father's many failed relationships may have been due to his drinking problem. "I think alcohol had quite an influence on their relationships. Whenever my father drank, he would get rough so I always tried my best to avoid him," he said.

The doctor assured An that he is not destined to follow his father's footsteps."You two do not share the experiences nor trajectories of life. Hence, I believe you will arrive at a different point," the doctor explained.

An replied by stating that he has gained more confidence in recent years but still has some existing doubt that he is working through. He is currently single and has chosen to focus on his career as a television personality. 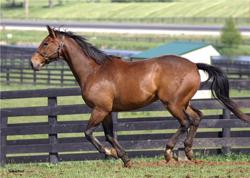