The 67-year-old suggests during an interview that his doctors have told him he needs to let the rocking go. Photo: AFP

David Lee Roth says he's calling it quits on his music career, and without any elongated farewell tour.

In a shocker for Van Halen fans, the singer told the Las Vegas Review-Journal Friday (Oct 1) that he plans to retire after doing five last shows at the House of Blues Mandalay Bay in three months.

"I am throwing in the shoes. I'm retiring," Roth said in a phone call to the newspaper.

"This is the first, and only, official announcement... You've got the news. Share it with the world... I'm not going to explain the statement. The explanation is in a safe. These are my last five shows."

The Review-Journal's man-about-town columnist, John Katsilometes, reported that Roth did not take a single question during a phone call it characterised as "more a spoken-word performance than interview," during which he asked not to be interrupted.

The rock legend's disinterest in fielding questions didn't mean he didn't have a lot to say in his monologue, however, including frank talk about such serious topics as health, mortality and the death of Van Halen guitarist Eddie Van Halen as well as lighter topics like the band's origins.

Roth is only 67 – a mere sprout compared to some rock stars who are still road dogs, like Bob Dylan, 80, Paul McCartney, 79, and Mick Jagger, 78 – but suggested that his doctors have told him he needs to let the rocking go. 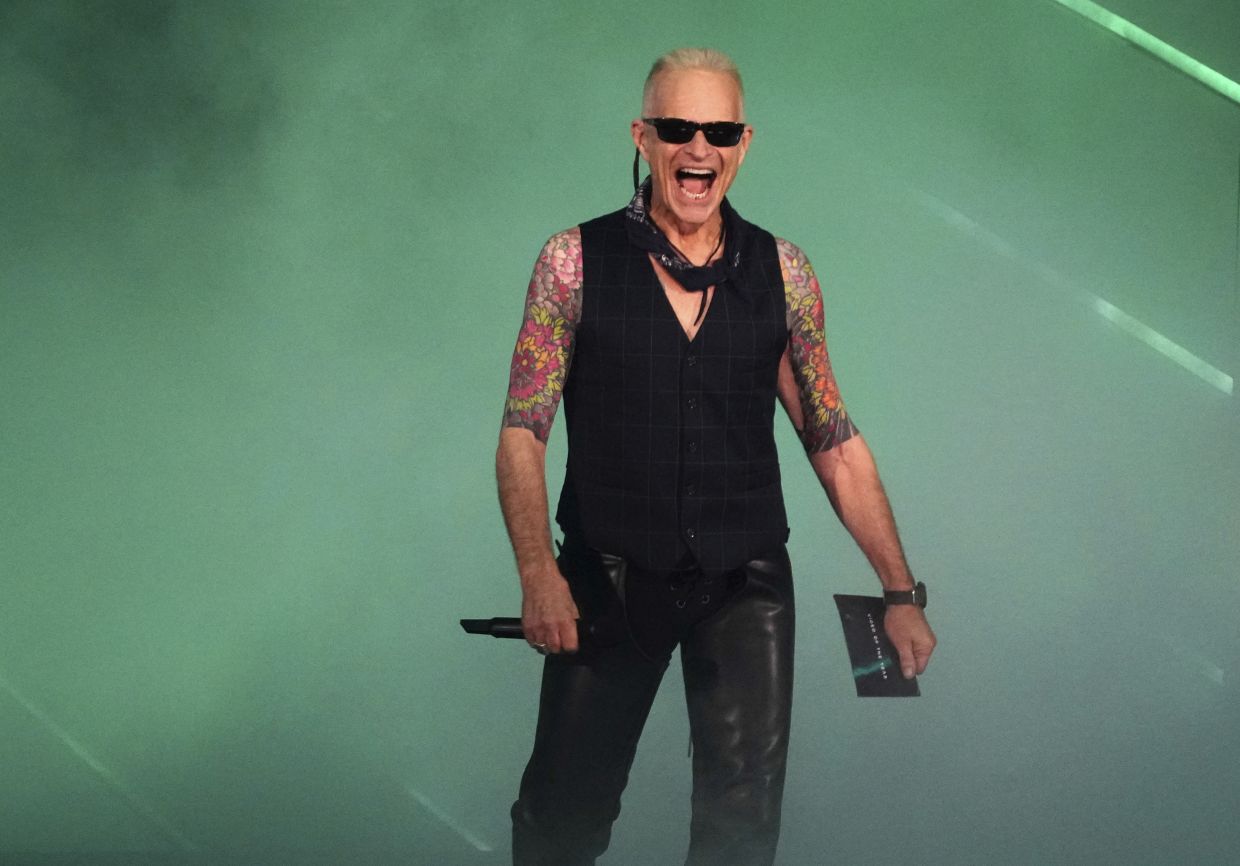 David Lee Roth presents the award for video of the year at the MTV Video Music Awards at Barclays Center on Sept. 12, 2021, in New York. Photo: AP

Having been thinking about "the departure of my beloved classmate recently," Roth said, "I am encouraged and compelled to really come to grips with how short time is, and my time is probably even shorter.... I thought I might have been the first, frankly... 'Hey Ed, objects in the rear-view mirror are probably me.' And my doctors, my handlers, compelled me to really address that every time I go onstage, I endanger that future." Roth said that original Van Halen drummer Alex Van Halen will be part of his band for the final five dates, which will take place at the Las Vegas nightspot on New Year's Eve, Jan 5 and Jan 7-8.

"I've got a band that is doing what Al and I used to call a 'block' – that means 75 rehearsals for one show," Roth told the paper.

"We are bringing it in classic VH style.... There is no torch being passed. There is no other side to this coin. This is classic, in-your-face Van Halen."

Of his relationship with Alex, Roth said: "We speak to each other constantly, two or three times a day. We laugh like pirates."

Roth was most recently seen being his usual flamboyant self as he presented the final award of the night at the MTV Video Music Awards (pictured above).

At the end of the phone monologue, Roth told the Review-Journal columnist: "I've given you all I've got to give. It's been an amazing, great run, no regrets, nothing to say about anybody. I'll miss you all. Stay frosty." – Reuters