The fans, known as the BTS Army, took offence at the British comedian's jokes on 'The Late Late Show With James Corden'. Photos: Handout

The fans, known as the BTS Army, took offence at the British comedian's jokes on The Late Late Show With James Corden on Monday (Sept 20), when he poked fun at the band's recent appearance at the United Nations General Assembly.

"The United Nations General Assembly kicked off this morning in New York City, and it started with some pretty unusual visitors - BTS were there," Corden said.

"Historic moment. It actually marks the first time that 15-year-old girls everywhere found themselves wishing that they were Secretary-General Antonio Guterres."

Corden, 43, has invited BTS on his show numerous times in the past and their fans even call him "Papa Mochi" because of his relationship with band member Jimin, who is nicknamed "Mochi".

Even so, the social media backlash to his jokes was swift and brutal, as the Army accused him of using their idols to gain clout and even revoked his nickname.

One fan, quoting the lyrics to BTS' hit song Fake Love, wrote on Twitter: "I'm so sick of this fake love. I'm so sorry but it's fake love. James Corden isn't Papa Mochi any more."

Others took offence at his dig at teenage girls, with one of them tweeting: "James Corden, as a teenage girl myself, I just want to take a moment to say, 'Leave us alone'. I'm not brainless for liking a boy band and neither does me liking a boy band invalidate their achievements. Stop using my gender and age as a way of mocking other people and what they do."

Many others tweeted memes featuring professional wrestler and actor John Cena, 44, who is a self-confessed fan of BTS and definitely not a 15-year-old girl. – The Straits Times/Asia News Network

Who wrote BTS' powerful speech at the UN? Speechwriter’s identity remains a mystery 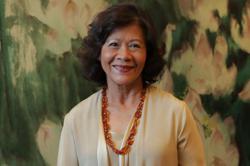