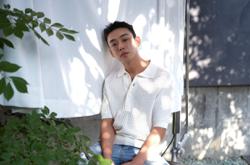 Director Yeon Sang-ho's upcoming series 'Hellbound' is based on a web comic he had previously written. Photo: Handout

Train To Busan director Yeon Sang-ho showcased his new supernatural series, Hellbound, at the Toronto International Film Festival over the weekend. Three of the six episodes of the K-drama were shown to the audience. This marked the first time a Korean drama has ever been shown at the festival.

The series is based on web comic The Hell that was written and illustrated by Yeon himself and artist Choi Gyu-seok. Fans of the director's past films will recognise the similar tone of this drama, as it follows characters in a dark fictional world where humans are informed by angels on when they would die for their sins.

The official synopsis reads as such:“In Hellbound, supernatural beings appear out of nowhere to condemn people to hell. It doesn’t matter whether these events are a blessing or a curse: a new religious group is interpreting them as the will of the divine."

The series, which will be released on Netflix later this year, features Yang Ik-june, who plays a recently widowed detective who wants to solve the case of this strange supernatural phenomenon and Yoo Ah-in as the head of a cult.

When previously asked about his choice of actors, Yeon said: “I have made a lot of effort to gather the actors I trust the most for their acting skills.” 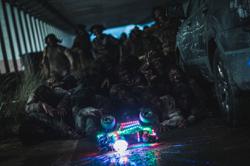