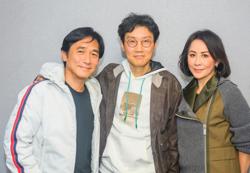 It seems that even the husband of Chinese-American actress Fala Chen is "jealous" of Hong Kong actor Tony Leung Chiu Wai.

In the superhero movie Shang-Chi And The Legend Of The Ten Rings, Chen, 39, played Ying Li, the wife of Leung's character Wenwu and the mother of the title character.

He wrote jokingly: "If only my wife could look at me like this ..."

Chen retweeted it and wrote: "You know you are doing a good job when your husband is jealous" and included a "tears of joy" emoji.

The former TVB actress married Straschnov, 38, in May 2019 after a three-year courtship.

They met while she was pursuing a four-year Master of Fine Arts in Drama degree at the well-known The Juilliard School in New York.

They have a daughter who was born earlier this year.

While Straschnov seemed to be "jealous" of Leung, he was actually supportive of his wife.

He has retweeted several posts by Chen on Shang-Chi and also posted photos of them at the movie's world premiere at the El Capitan theatre in Hollywood on Aug 16.

He wrote: "Not the first time, not the last time. I'll say that: so proud!!! I love you!" – The Straits Times/Asia News Network

Michelle Yeoh, Tony Leung to appear together in a movie for first time in 28 years 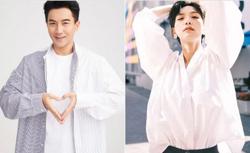