Simu Liu rose to fame recently after starring in the Marvel superhero movie in which he plays the titular character. Photo AFP

Chinese Canadian actor Simu Liu has been accused of allegedly insulting China after an interview he did four years ago went viral on the Chinese Internet.

On Wednesday (Sept 8), Diba, a Chinese nationalist account on social media platform Weibo, posted nine screenshots of a 2017 interview of Liu, which Diba said was done during the 150th anniversary of Canada.

Liu, 32, rose to fame recently after starring in the Marvel superhero movie Shang-Chi And The Legend Of The Ten Rings, in which he plays the titular character.

In the Weibo post, Diba said Liu migrated from Harbin city in China's Heilongjiang province to Canada with his parents when he was five years old, and that he regards himself as a Canadian.

In the screenshots, Liu allegedly said: "When I was young, my parents would tell me these stories about growing up in communist China. They lived in the third world where you have people dying of starvation."

He added that his parents felt Canada was a place where they could go to give him a better future.

Liu's comments have been criticised by many Chinese netizens, who accused him of belittling China and asked why he was still playing a Chinese superhero in Shang-Chi.

But others argued that what Liu said was historically true of China in the past.

A Weibo user highlighted inaccuracies in the interview's Chinese subtitles, such as the addition of words like "rule" to the sentence about "growing up in communist China" and "many" to "people dying of starvation".

The Weibo user pointed out that while the original translator has apologised for the errors, certain accounts were still using the screenshots with the inaccurate translations, possibly with an ulterior motive of inciting hate.

The incident recalls the earlier backlash against China-born director Chloe Zhao, who in April this year became the first Asian woman to win an Oscar for Best Director for her film Nomadland (2020).

She was initially feted on Chinese social media, but was later slammed after netizens unearthed comments she had made in past interviews, including a quote in which she described China as "a place where there are lies everywhere" when she was a teenager in the country.

Nomadland has not been released in China after a nationalist outcry, as netizens and state media questioned Zhao's loyalty to her birth country. – The Straits Times/Asia News Network

China is not targeting any country with fan culture crackdown: Chinese embassy in South Korea 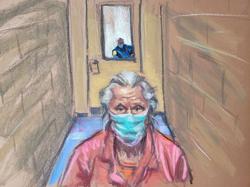