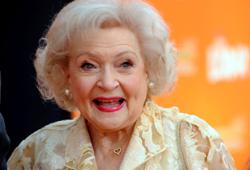 Selena Gomez is calling out television shows that have referenced her 2017 kidney transplant. Photo: AFP

Selena Gomez is calling out television shows that have referenced her 2017 kidney transplant, most recently Paramount Plus' The Good Fight.

On Aug 3, the singer and actor tweeted: "I am not sure how writing jokes about organ transplants for television shows has become a thing but sadly it has apparently. I hope in the next writer's room when one of these tasteless jokes are presented it's called out immediately and doesn't make it on air."

On social media, Gomez's fans had been calling out a recent episode of The Good Wife spin-off The Good Fight, in which the show's characters brainstorm joke ideas for a television executive (Wayne Brady).

The group then ponders which topics might be off-limits, with Jay (Nyambi Nyambi) noting that comedians these days "need a permission slip to tell a joke."

The topics the group determines to be taboo include necrophilia, autism and "Selena Gomez's kidney transplant."

However, a source close to the production tells Variety that the reference is being taken out of context: "If you watch the episode in full, the reference to Selena Gomez is part of a discussion the characters are having about topics that are not OK to make fun of and the idea of cancel culture and being cancelled for telling a bad joke.

"The reference is that Selena Gomez's transplant is not something you can joke about."

Gomez's transplant was also referenced on Peacock's Saved By The Bell back in November, particularly in a scene from episode six of the series in which two Bayside High students speculated about the identity of the donor.

At the time of Gomez's transplant, she made a public statement saying that her donor was her close friend, actor Francia Raisa.

Peacock, NBCUniversal and the show's executive producers eventually apologised for the references, and edited the scene out of the episode.

"We apologise. It was never our intention to make light of Selena's health," their statement read.

"We have been in touch with her team and will be making a donation to her charity, The Selena Gomez Fund for Lupus Research at USC."

In a thread to her tweet, Gomez thanked her fans and encouraged others to become organ donors.

"My fans always have my back. LOVE YOU," Gomez wrote. "If you are able to please sign up to be an organ donor." – Reuters 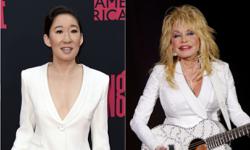