Fluent in English, Mandarin and Cantonese, Beatrice Chien was a popular candidate for Singaporean filmmakers, including student directors. Photos: Courtesy of Beatrice Chien and The Straits Times

The news was announced through Chien's personal Facebook page, which posted details of her funeral. The Straits Times understands that Chien, who had three children and two granddaughters, was in ill health before her death.

Actress Catherine Sng, who founded The Glowers Drama Group, a seniors' theatre group that Chien was one of the pioneer members of, says: "She told me last year that she had late-stage pancreatic cancer. She was very strong. She said since it's already late-stage, she just wanted to live out the time she had left happily."

A prolific actress, Chien first became enamoured with acting when she was studying in Methodist Girls' School and did voice acting in radio plays for Rediffusion and Radio and Television Singapore, now known as Mediacorp.

She trained to become a nurse after her O levels and stayed in nursing for 40 years before she returned to performing once again in her old age.

She went on to star in dramas such as long-running Channel 8 series Your Hand In Mine (2009 to 2010) and even Hollywood films like Crazy Rich Asians, in which she had a small part as the nanny of romantic hero Nick Young (Henry Golding).

Ramen Teh's director Eric Khoo recalls her talent for acting. "I saw about 10 people for the role of the grandmother in Ramen Teh, but she was the one who really nailed it. I didn't even need to audition her. We had a 30-minute conversation and she knew exactly what I was looking for."

He adds: "She always had a really good vibe around her and all the actors, including Takumi Saitoh, who played her grandson, just fell in love with her."

Comedian Mark Lee, who played her son in the movie, adds: "She was extremely professional. Her legs weren't very strong during the filming, but I never once heard her complain. Everyone had a really good time working with her. It's sad to hear that we've lost such a wonderful actress."

Fluent in English, Mandarin and Cantonese, Chien was a popular candidate for local film-makers, including student directors.

Filmmaker Koh Chong Wu first worked with her in a friend's school assignment when he was studying film in Nanyang Technological University. After he graduated, she continued to appear in his short films like Please Give Me A Chance (2016).

"A lot of my classmates worked with her when they were in school and we remember her very fondly. We call her the nation's grandmother because she has played grandmother to so many people on screen, but off-screen, she was also like a grandmother to us. She was very professional, but also loving and understanding," he says.

Koh, who is working on his feature-length horror film Late Night Ride, is planning on making a short film tribute to Chien, as well as other elderly actors of the local scene.

He says: "We're at the age where the older actors we used to work with are of very advanced years and it's inevitable that they will leave us some day, so I just want to make a tribute to them."

Fellow filmmaker Sun Koh, who worked with Chien on two short films, The Secret Passion Of Madam Tan Ah Lian (2014) and Presence (2018), remembers Chien's love of cinema the most.

She says: "She just wanted to be in films, you know? By the time I met her, she was already in her 70s and had trouble walking. A lot of elderly people in her condition won't be as eager-beaver as her, but she still had so much enthusiasm. She wanted to do well, even when she was only in a supporting role." – The Straits Times/Asia News Network
Article type: metered
User Type: anonymous web
User Status:
Campaign ID: 46
Cxense type: free
User access status: 3

Delia Fiallo, 'Mother of the Telenovela', dead at 96 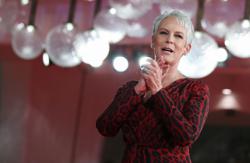 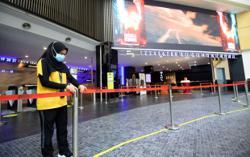