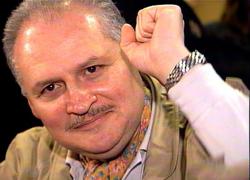 The incident happened on the same day Himchan had posted a public apology on social media. Photo: Himchan/Twitter

Former B.A.P member Himchan, who was sentenced to 10 months in prison for sexual assault, reportedly attempted to take his life at home on Sunday (June 13).

According to South Korean entertainment news portal Star News, a worried acquaintance had alerted his mother, who managed to stop the suicide attempt. He is said to be resting at home.

The incident happened on the same day Himchan, 31, had posted a public apology on social media.

"There are a lot of reasons why I'm speaking up so belatedly, but I have been staying quiet because there are different stories than the truth," he wrote.

"I apologise. And I am sorry again. I hope everyone stays safe and happy. Goodbye. Thank you."

A spokesman from his management agency said: "I'm sorry that Himchan disappointed his fans with this, after already failing to meet their expectations before."

In 2018, Himchan was accused of molesting a woman in her 20s during a retreat at a guest house.

His lawyer said at his July 2019 trial: "It's clear that there were feelings of interest between them. We acknowledge the truth of the kissing and the touching of (her) chest, but there was no other physical contact beyond that."

Throughout the trial, Himchan maintained that there was no sexual assault and that he and the woman had a good relationship.

He was sentenced to 10 months in prison and 40 hours in a treatment programme for sex offenders in February, but was not arrested immediately so as to give him time to apologise to the victim. In March, he filed an appeal. – The Straits Times/Asia News Network 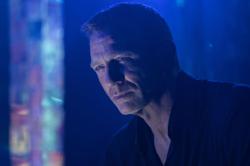