Chieng is best known for being a correspondent on 'The Daily Show With Trevor Noah.' Photo: Ronny Chieng/Instagram

Chieng, who is best known for being a correspondent on the Daily Show With Trevor Noah besides starring in Crazy Rich Asians, earned the same recognition in 2020.

In a 2015 interview with The Star, Chieng talked about embracing his cultural identity in his comedy style:

"I have to do the comedy that I do, which is informed by my race – I’m Chinese, I’m born in Malaysia and I lived in Singapore and Australia. That’s where my personal experiences come from, that’s why I sound like this, that’s why I look like this. I don’t want to run or hide from who I am."

Chieng will star in Marvel's Shang Chi And The Legend Of The Ten Rings next.

According to its website, the honourees are "sourced through a public nomination process that’s promoted by many of the top Asian nonprofits and Gold House’s esteemed Member base (C-Suite/President-level executives, A-List celebrities, and top founders).

"Then, top Asian nonprofit leadership, a panel of multicultural icons, and Gold House Members cast their votes to determine the final 100 Honourees." 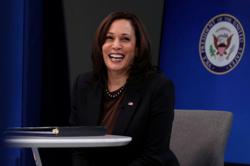