It seems this column can't leave the Victorian Era just yet.

Fresh from reviewing The Nevers our last time out, we have yet another dark fantasy set within the period, this time involving a rather iconic pair of detectives.

New Netflix series The Irregulars, however, turns out to be rather iconoclastic when it comes to those two.

If you haven't cottoned on yet, the title characters (the Baker Street Irregulars, in full) are a group of street urchins employed by Sherlock Holmes to gather information – most notably in the novels A Study In Scarlet and The Sign Of The Four.

Spearheaded by Watership Down's Tom Bidwell, however, this version is somewhat different in composition and theme.

For one thing, it's loaded with supernatural elements such as apocalyptic visions, unnatural powers and dabblings in magic and the occult.

For another, the "urchins" are older teens and not exactly welcome around 221B Baker Street.

John Watson (Royce Pierreson, The Witcher) is forced to engage the services of Bea (Thaddea Graham, The Letter For The King), Jessie (Darcy Shaw), Spike (McKell David) and Billy (Jojo Marcari) when odd things start to happen around London. 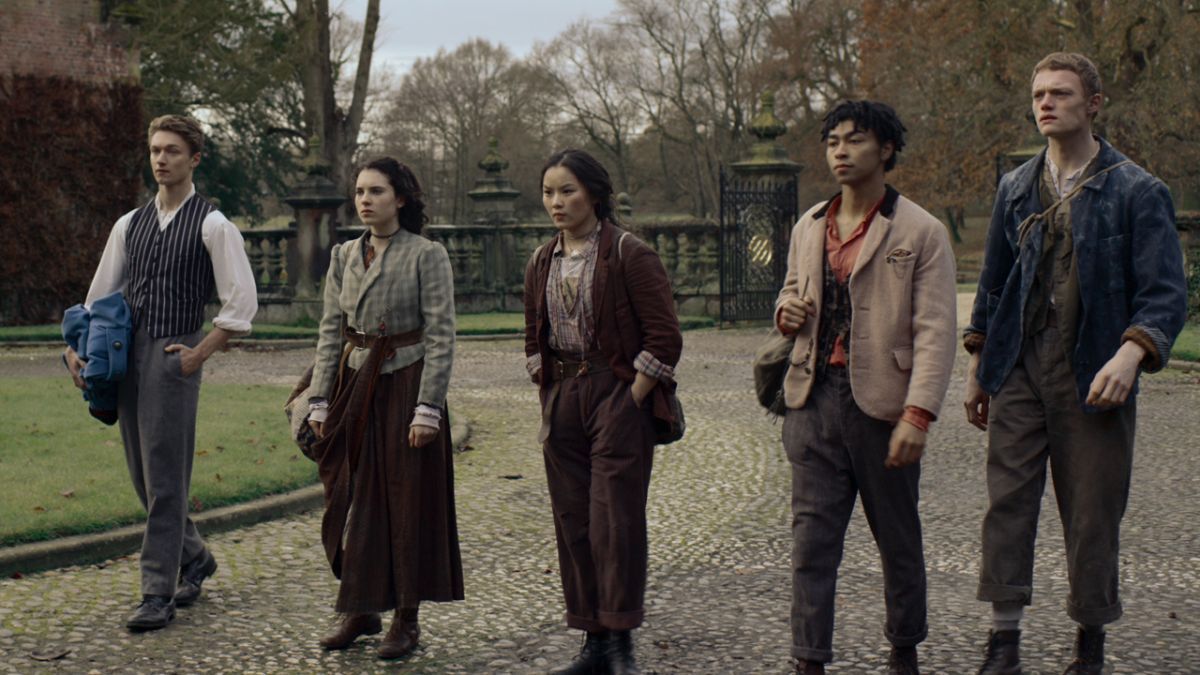 'So, did they deliberately arrange us in ascending order of fashion disaster from left to right?'

Things like, oh, babies being spirited away from their cribs in the dead of night, children waking up with all their teeth mysteriously extracted, people being murdered and the corpses displayed like Tarot card designs... the sort of thing that might pique the interest of a consulting detective and his companion.

There's just one problem, the great Holmes (Henry Lloyd-Hughes) himself is inconveniently indisposed. Watson, who is made out to be (as those cosmic irregulars the Guardians of the Galaxy might put it) a real a-h*** and seemingly 100% a d***, grudgingly enlists the youngsters' assistance but keeps them in the dark over anything he knows about the phenomenon.

So it's up to this intrepid quartet to get to the bottom of these spooky happenings on their own... with occasional help from haemophiliac Prince Leo (Harrison Osterfield), based on the real-life Prince Leopold, Duke of Albany, the youngest son of Queen Victoria.

At eight episodes, the first season of The Irregulars is an easy binge, thanks to its quick-witted main characters, their relatable struggles, the crafty way Tidwell and Company tease us with slow reveals of the underlying mysteries, and interesting changes in the characters' arcs and relationships that keep us clicking "Next Episode" without much hesitation. 'Excuse me, do you know where the assembly point is for the Assassin's Creed cosplayers?'

In spite of the initially unflattering way the series paints its famous fictional linchpins (the gentlemen residing at 221B), and the different spin it puts on their relationship, things gradually work out for the better at least in terms of their respective redemptive trajectories.

Graham, Shaw, David, Marcari and Osterfield give us believable and watchable lead characters whose confidence occasionally outpaces their abilities.

Still, they bounce back quite nicely from most situations, except the awkward and sometimes trite teen romance that could have benefitted from a bit more fine-tuning.

At the other end of the spectrum we have Holmes and Watson, both haunted by a past mistake that binds them more strongly to the Irregulars than they let on. Pierreson does well as a John Watson we've never seen before, while Lloyd-Hughes shines in portraying the squalor of a fallen Holmes, a man who has hit rock bottom and torn out his fingernails in trying to claw out an even deeper hole.

But as mentioned earlier, there is redemption on the horizon for many characters, even if this first season does not end on a note of roses and sunshine for everyone.

With its moments of surprising tenderness, camaraderie and sacrifice amid all the horror, betrayal and hurt, The Irregulars manages to maintain a steadily beating human heart at its core.

The Irregulars is available on Netflix.

What, were you expecting Will Ferrell and John C. Reilly?