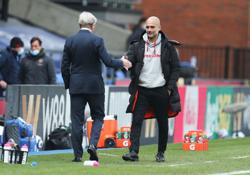 Three stars of Story Of Yanxi Palace (2018) brought fans of the period drama down memory lane with photos of them together on social media.

In a post on Weibo on Sunday (April 11), Chinese actress Wu Jinyan posted two photos of herself with fellow actresses Qin Lan and Tan Zhuo at a fashion event in Shanghai, with the trio dressed coincidentally in white.

Wu, 30, wrote: "It is not easy to get together outside the palace."

She was referring to the palace intrigue drama set in the Qing dynasty about the backstabbing and politics among Emperor Qianlong's wives and concubines. It starred Wu as consort Wei Yingluo, Qin as Empress Fuca and Tan as Noble Consort Gao.

Several actors and actresses shot to fame with the drama after it became one of the hottest shows of 2018.

Qin, 41, also posted the two photos on Weibo. She wrote: "Coming out to play together due to holidays from the palace."

Tan, 37, wrote: "The one who is happiest to see the three of us gathering together should be Nie Yuan."

She was referring to the Chinese actor who played Qianlong, whom she tagged in the post.

Nie, 43, joined in the fun by asking: "Can some kind-hearted netizens Photoshop me into it?"

Fans left comments such as "Greetings to Your Highness","There are holidays in the palace?" and "I feel like I have travelled in time" on social media.

Qin is currently appearing in the Chinese television series The Rational Life. She plays a career woman who is involved in a May-December relationship with her assistant, played by actor Dylan Wang, 22. – The Straits Times/Asia News Network 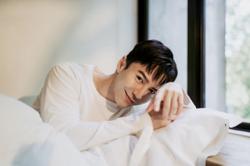 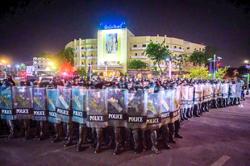