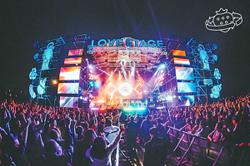 'It's terrifying thinking about the challenges of today's music scene,' she talks about releasing new music for the first time in 20 years. Photo: Filepic

Syafinaz Selamat captivated listeners with her 1999 ballad Ingin Bersamamu and after a follow-up album in 2001, the singer hasn't released any new music... until now.

The 48-year-old – who has been focusing on her career as a vocal coach to some of Malaysia's top singers and as a judge on various reality singing shows – finally released her first single in 20 years, Persis Salju.

"I have mixed feelings. It's terrifying thinking about the challenges of today's music scene. It was a different era back then and it's a different era now. It's important I stay relevant to today's listeners," she tells Utusan TV.

"I'm also nervous about stepping on stage and singing a new song for the first time in such a long time."

Persis Salju, written by KuSham and Zaira, was actually recorded 10 years ago.

"I can't believe 10 years have gone by and I've kept this song for so long," Syafinaz says, adding the song was pushed back multiple times due to her busy work schedule.

"I actually wanted to release it last year but then the pandemic hit. I decided to wait a while longer.

"Since it's my first song in 20 years, I wanted to make sure I could promote the song extensively."